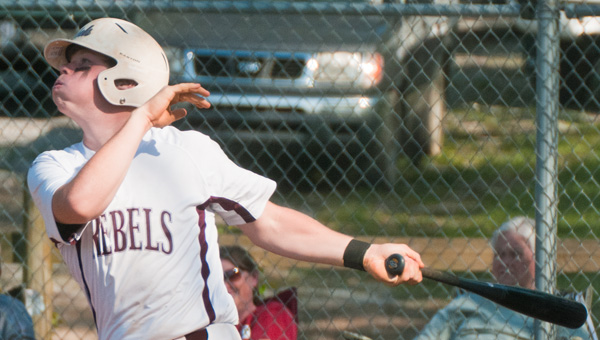 Follow through: Thorsby first baseman Jason Price eyes a ball he just launched into the Maplesville outfield. The ball was caught—but was deep enough to allow a runner on third base to tag up and score.

Visiting Maplesville took a 2-0 lead in the top of the first, but Thorsby stormed back for five runs in the second and extended the lead to 9-2 in the third.

Brantley Maddox and Wesley Smitherman scored for the hosts in the bottom of the sixth, and Cody Carroll—who came on in relief in the fourth inning—pitched a perfect seventh for the win.