Isabella’s Wyatt to play for USA 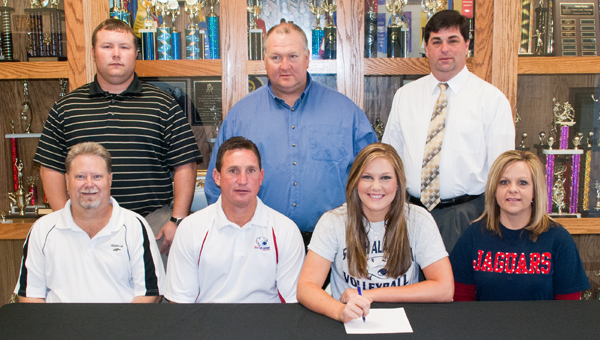 Isabella senior Amber Wyatt (seated, third from left) on Wednesday announced her decision to play college volleyball for the University of South Alabama.

Wyatt will leave Isabella as the most decorated player in the history of the volleyball program. She set single season records for kills (569) and blocks (152) and career records in the same two categories (1,590 kills and 432 blocks).

Wyatt was named The Clanton Advertiser’s 2010 Volleyball Player of the Year. She was also named the area’s top girls basketball player following the 2008-09 season.

Down the line: Chilton County’s Blake Teel, right, tries to beat out a throw to first base during Tuesday’s game... read more