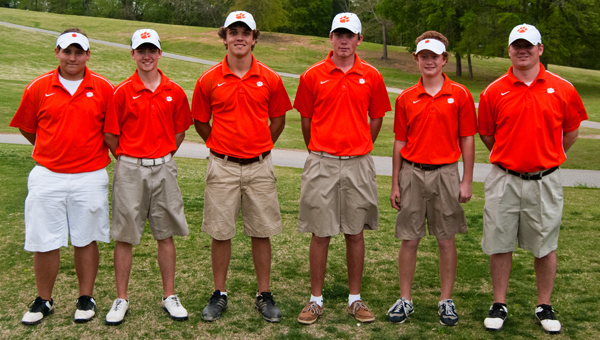 On Monday, the event was held for the third time, and for the third consecutive year, the tournament included more teams than it did the year before.

This time the newcomer was Maplesville.

“Once again, it’s the biggest one we’ve ever had,” Jemison coach Kelly Smitherman said. “We’re more than pleased.”

Another trend continued for the third consecutive year: The tournament was won by Chilton County High School.

The Tigers’ five best golfers combined for a score of 321 on 18 holes at Montevallo Golf Club.

Jemison finished second with a 383, Maplesville was third with a 404, Isabella was fourth with a 415 and Thorsby was fifth with a 427.

Four of the five best individual rounds were turned in by CCHS golfers: Forrest Knight shot a 69, Blake Jenkins shot a 79, Ivan Truss had an 83 and Jordan Lightsey had a 90.

Also in the top five was Jemison’s Garin Hayes, with an 86.

A total of 25 golfers competed from the five schools.

By James Dubuisson | Special to the Advertiser “It’s easy to win the first [championship] because you never know when... read more