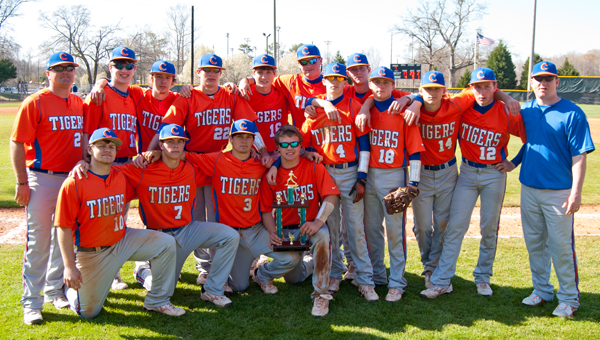 Chilton County rolled to its fifth consecutive county baseball tournament title in as many appearances.

The Tigers didn’t compete in the event the past two seasons, but on Saturday defeated defending champion Jemison, 17-4, at Jack Hayes Field in Clanton.

JHS was playing its fifth game in six days, and the Panthers faded late in the game. 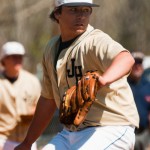 On the mound: Jemison pitcher Kyle Dennis started against Chilton County on Saturday.

They fell behind 3-0 in the first inning after a home run by Craig Headley—his fourth in four tournament games—with Cameron Cummings on base and a sacrifice fly by J.D. Minor that scored Adam Minor.

Jemison got one run back in the bottom of the second inning on back-to-back singles by Kyle Dennis and Zak Kaylor and tied the game in the third inning, as Jacob Bass scored on a Cruz Martinez singled, and Brandon Beck, running for Jackson Mims, scored on an error.

But the Panthers couldn’t keep pace the rest of the game, as CCHS pitcher Cummings settled into a groove and the Tigers took advantage of a depleted Jemison pitching staff.

Chilton scored seven runs in the top of the fourth inning, with 10 consecutive batters reaching base with one out, a run that knocked Jemison starter Kyle Dennis from the game.

CCHS padded its lead with home runs by Tyler Crowson in the sixth inning and Craig Headley in the seventh.

Cummings, the winning pitcher, allowed four runs, three of which were earned, on eight hits and one walk in six innings of work while striking out seven.

Jemison defeated Thorsby earlier in the day, 8-1, to advance to the championship round.

Blake Elkins drove in Parker Bryan in the third inning for Thorsby’s only run, and Bo Hoffman suffered the loss on the mound.

Mims homered for Jemison in the seventh inning, and Scott Clements went 3-for-4.

Alex Campbell pitched a complete game for the win. 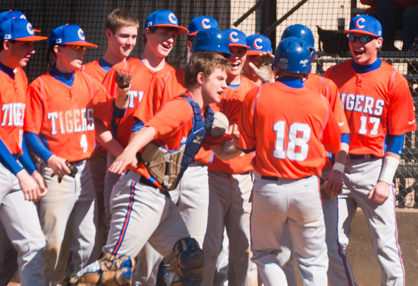 At the plate (championship game):