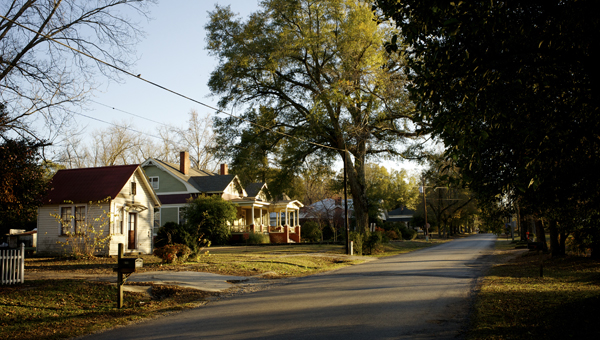 The town of Verbena has a long and rich history. The community was founded by affluent Montgomery citizens fleeing yellow fever in the 1870s.

For a small community, Verbena is packed with history.

The village was founded in the 1870s by affluent Montgomery residents escaping the ravages of yellow fever in what was then the largest city in Alabama.

People that intended to stay only a summer in the area decided to make it their permanent residence, and the community was named after a purple, fragrant flower that grew in abundance in the area.

Verbena was once home to hotels, a train depot, stores, doctor’s offices and a bank. 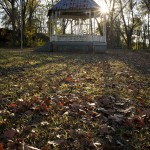 Even before the Montgomery transplants, Verbena was the site of history. Poet Sidney Lanier, suffering from tuberculosis, lived in the area for a year trying to regain his health, according to an article published in the Independent Advertiser in 1988. Two of Lanier’s poems, “A Ballad of Trees” and “The Master,” were said to have been based on Lanier’s time in what would become Verbena.

There are many such stories of the small, unincorporated community in Chilton County, and the Verbena Historical Society is working to keep today’s residents aware of this rich history.

“We started out as just trying to let people have a touchstone with their hometown,” said Mary Kate Weir, a member of the Verbena Historical Society. “A big part of the club is wanting children to know what the history of Verbena has been. Kids now have so little connection to their hometown.”

The club has developed two websites, verbenahistoricalsociety.org and a Facebook page. The sites allow current and former residents to connect and become involved with the club.

The society itself was founded in the 1970s around the time of the country’s bicentennial celebration.

Verbena has since been designated as a historic site. In 2010, the club held four Music in the Park events at the historic gazebo in the center of town. At the last of those events, a sign was erected that tells some of the history of the village.

“We have found that music is the common language (of all the community members),” Weir said. “Our core project is to get people to talk to one another. Music in the Park has come a long way for that.”

Weir and her husband, Bob, moved to Verbena from Birmingham and live in one of the oldest standing structures in Verbena. Their house was built circa 1876, and a cabin on their property goes back about 45 years earlier. Perhaps the most recognizable structure is Verbena Methodist Church, which was built in 1873.

There’s likely more Verbena history than even the historical society can confirm. For example, the article in the Independent Advertiser mentions a mine in the community that was the largest producer of gold in the state. The mine was supposedly named Repito and was worked by William Lanier, uncle of the poet Sidney, from 1835 to 1849.