Bargains are out there if you look 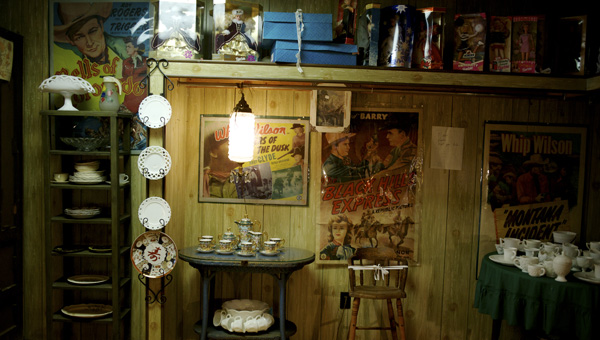 Touch of the Past antique store offers items of interest both for the collector and the bargain hunter.

Many Chilton County residents may think they have to drive to Alabaster or Prattville to shop, but Janet Anderson knows better.

While some may prefer large department stores and chain restaurants, Anderson likes her shopping trips to include a flea market and a local eatery.

Anderson and her friend, Deegee Schroeder, are regulars at the Jemison Trade Center, a flea market in Jemison that provides a sort of alternate shopping experience for those not interested in a long drive and fighting a crowd. 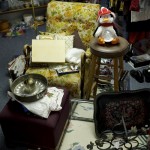 Vendors pay $130 a month for the right to display their wares in a 10-feet by 12-feet space at the Jemison Trade Center.

“Why do you want to drive around the world and give money to someone you don’t know?” Anderson asks, and she definitely knows the staff at the trade center because she and Schroeder visit about twice a month.

“We drive up, walk through and say, ‘There’s just nothing here today,’” Anderson laughs. “Then we come out, and we can’t even get the doors closed on the vehicle.”

Anderson’s and Schroeder’s trips usually include eating lunch at a local restaurant, such as Smoky Hollow restaurant in Jemison.

“She just motors on down here (from Calera) and we have a big ol’ tour of Jemison,” Anderson said.

Anyone interested could probably make a full day or more out of visiting all the flea markets and antique stores in Chilton County.

Anderson said she and Schroeder will occasionally visit KayeCee’s Flea and Antique Mall in Clanton, and there are also a variety of antique stores.

Possibly the oldest such store is Touch of the Past Antiques in old downtown Jemison. Store owner Bobbie Giles bought the location in 1982. The space was formerly used as a dress shop, and it has also served as a grocery store and bank among other occupants.

Giles specializes in Depression-era glassware, the kind of merchandise sought out more by collectors than bargain hunters.

Giles accumulated a large collection of the plates—which can be found in pink, green, blue, crystal or amber hues—before opening her store.

“I used to do mall shows and flea markets, and I just run out of any room to put my inventory,” she said. “I said if I didn’t make it with the store, I’d at least have a storage space.”

Giles said she used to be able to purchase large quantities of the plates from someone who would bring them down from Ohio, but now she has to look for caches for sell on eBay.

That’s OK because the demand for her wares has decreased also, probably due to the downturn in the national economy. Giles’ store is open only the first Saturday of every month and by appointment, but not more than 10 years ago it was one of Chilton County’s busiest businesses.

“I would have open houses, and half the county would come in,” Giles said. “I had a lady from Tennessee that would play the piano, and I had good refreshments. I haven’t done that in a long time.”

The Jemison Trade Center has suffered some also. Lisa Cofer, who works at the center, said about 40 vendors pay the rate of $130 a month for a 10-feet by 12-feet space to display their wares.

Five to 10 years ago, that number was about 100, with more on a waiting list. Two of the mall’s five wings are not used. A restaurant inside the Trade Center sits with chairs permanently stacked on tables.

“Right now, with the economy the way it is, things have slowed down,” Cofer said.

But the flea market still has its loyal customers, such as Anderson.

The Jemison resident said she will spend anywhere from $5 to $200 each trip to the Trade Center. Mostly, she has found tables, baskets and quilts (“My house is full of it,” she said). She said she enjoys the challenge of finding something new, or thinking about something she saw but didn’t buy the last trip and whether it will still be there in two weeks.

“That’s the fun of it,” she said. “You might get to thinking about that little something you saw and didn’t get it, and you might go back and find it—or somebody else might have already got it.”

But it’s also important to Anderson to save money and keep her tax dollars in the county.

“Especially the way the economy is,” she said. “I’d much rather help myself and those vendors.”

A pair of dusty chalkboards, donated by the Chilton County Board of Education years ago, are still cemented to the... read more