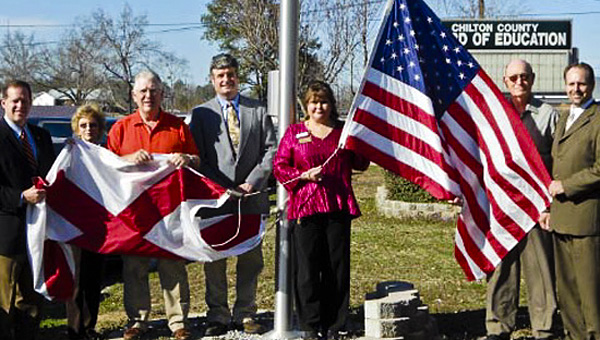 A flag ceremony was held Tuesday at the Board of Education Central Office as part of the Chilton Leadership Class of 2008’s ongoing effort to improve the grounds at the BOE.

The class raised a flag that was provided by Sen. Cam Ward and Rep. Kurt Wallace.