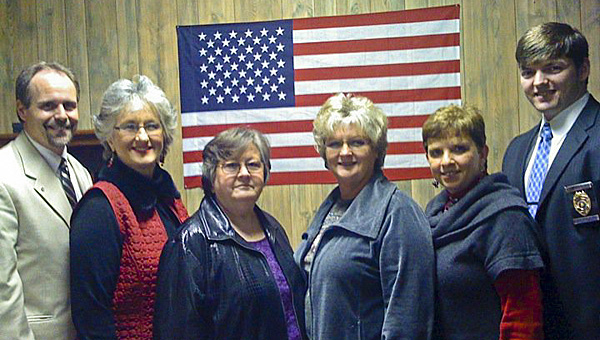 “I love Republican politics and am delighted to have an opportunity to serve my community through the Republican Party,” said Harrison. “With this opportunity, I can take a more active role in the future growth and development of not only our club but our community and our party. Our team effort to win the District 42 State House seat has me energized and excited about winning more Republican seats locally in the 2012 election cycle.”

Bonus members’ roles are to build and promote the Republican Party in Alabama.

Ann Glasscock filled the seat of chairwoman of the committee last term.

This term as chairperson, Harrison’s goals are to strengthen the relationship of the county executive and steering committees with the state and national committees; increase the membership of the local Republican Party and executive committee; encourage club members to run for key political positions locally and throughout the state; build and foster the development of young Republicans into the next generation of the local, state and national leaders; continue to build events and fundraisers; and continue to support and serve the Republican elected officials.

“I would like to create an Early Identifier Program, which will provide mentoring to future political candidates,” said Harrison. “I would also like to explore the idea of adding legal counsel and a chaplain to our meetings.”

Members of the Alabama Republican Executive Committee from the county will serve a four-year term.