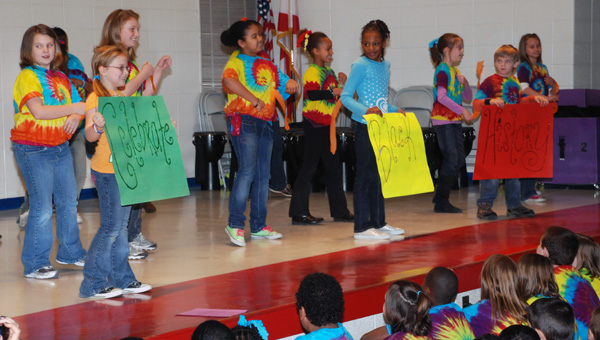 John Scalici says he uses drums and music to bring people together.

Clanton Intermediate School students entered the school gymnasium together to celebrate the school’s Black History Program—and then were brought together in song by Scalici’s rhythms. 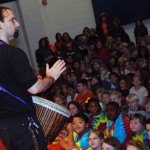 Get rhythm: Musician John Scalici was the featured attraction at the program. Scalici told students about the African Djembe drum and then chose several in the crowd to come on stage and perform with him.

Scalici was the program’s featured performer. He told students about the African Djembe drum, and then played the drum while students clapped along.

Several members of the crowd even came on stage at one point to play their own Djembe drums.

Prior to Scalici taking the stage, select CIS students danced to a song by El Debarge, and a presentation about the United States Postal Service’s African-American Heritage stamp series was given by Kathy Armstead and Rena Crumpton from the Clanton Post Office.

The program was organized by fourth grade teacher Pam Smith.