Chilton County’s first black police officer died in December 2010, but his accomplishment and memory lives on in the county.

Rome Nix of Maplesville joined the Clanton Police Department on April 7, 1973, and on that day broke the color barrier and made history in Chilton County.

Nix, who was 38 at the time, shared the same duties and work detail as the other officers in the department. 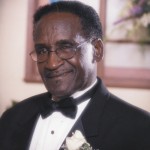 “He enjoyed working as a police officer,” said his wife, Eva Looney Nix. “That is all he talked about. He still has all of his police utilities like his belt and badge and other things that he keeps in a cabinet.”

Nix told stories of his police experiences, one in particular, when him and another officer were on a high-speed chase with a person from Clanton who did not know the area well. The officers ended the pursuit by blocking the driver on the road, she said.

“He even arrested his younger brother, Willie Nix,” said Eva. “That’s how serious he was about the law and how dedicated he was to his job.”

With a motto of,  “A man must work to eat,” Nix was known as a hard worker and a jack-of-all-trades.

He was employed and owned numerous businesses before and after he joined Clanton Police.

He worked for Moore and Handley Hardware Company for many years, worked at Western House, owned Nix Service Station in Jemison, was a deacon at Pleasant Hill Missionary Baptist Church in Maplesville, a timber cruiser and a watermelon farmer.

Nix was a Korean War veteran and retired from the military as a food service supervisor.

His schedule consisted of him working his public jobs, including being a city police officer, at night and running his logging company during the day.

Nix left the police force when the workload of his logging business became too heavy for him to handle the two.

Even though he was no longer a police officer, he kept his police badge on the dashboard of his car for many years, his wife said.

“He was proud of his job,” said Eva. “And after he left the force he was proud to let people know that he was an officer at one time.”

Nix taught his family his values of striving and working hard as well.

“He was a great husband, father, grandfather and provider for his family,” said Eva. “He left his family a legacy to always work hard so they can provide for their families.”

Nix worked until he was unable, and even then, in his last days, he did not let metastatic bile duct cancer stop him. He died last month after a blood clot and heart attack.