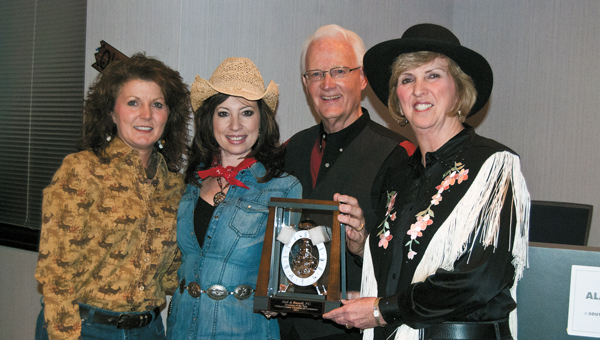 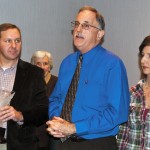 In addition to serving as an annual business meeting, the banquet also awarded two prestigious awards.

“No one has been more instrumental in the Chamber’s success (than Hull and Russell PC), particularly this past year,” said Robertson. “No matter how you judge it, Janice Hull and Crystal Russell are huge contributors, not only to the chamber, but to the community.”

Hull is a past chamber president and heavily involved with the Chamber’s Peach Jam in June, while Russell helped the chamber this past year with their bookkeeping and accounting.

On a lighter note, both women were also recognized for a little less serious contribution — always being willing to dress up for whatever theme the banquet night has. That included dressing as cowgirls for Thursday’s Western theme.

Clanton First United Methodist Church was given the Community Spirit Award. The award isn’t given every year.

Chamber president Britt Culpepper said CFUMC has welcomed and served people from across the community. The church serves as a meeting place for many groups, ranging from the Chamber to Relay for Life, from Alcoholics Anonymous to the 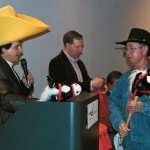 “These folks have opened their doors and welcomed us all,” Culpepper said. “They understand the meaning of outreach.”

On a lighter note, Hull and Wayne McKinnon won the costume competition for best Western wear.