CCHS pulls away in 2nd half 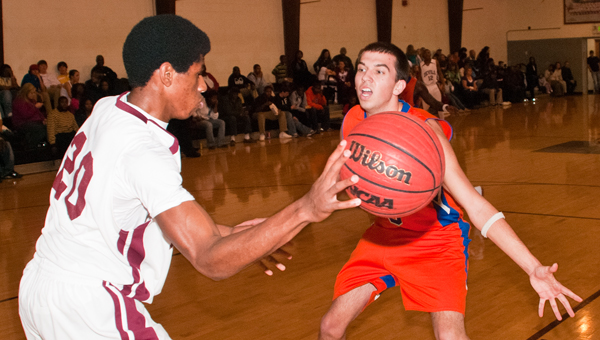 The visiting Tigers (5-8) led 14-4 after one period but just 26-19 at halftime as Maplesville’s defense settled into an effective zone and the Red Devils’ offense slowed down and played a halfcourt game.

In transition and when the ball was up for grabs, though, CCHS was too quick and too tall.

Chilton scored on several fastbreaks, often with the ball handler missing a layup only to have a teammate trailing the play grab the ball and put it back in.

Am emphatic block by Jarvis Rogers just before the intermission buzzer sounded set the tone for a second half dominated by the Tigers.

For Maplesville, both Anthony Johnson (14 points and Casey Atchison (13) scored in double figures.

The next game for both teams will come in next week’s Chilton County Basketball Tournament.

Maplesville plays Isabella at 5 p.m. Monday, while CCHS has a first-round bye but will play the winner of Tuesday’s Jemison-Verbena game at 8 p.m. on Friday.