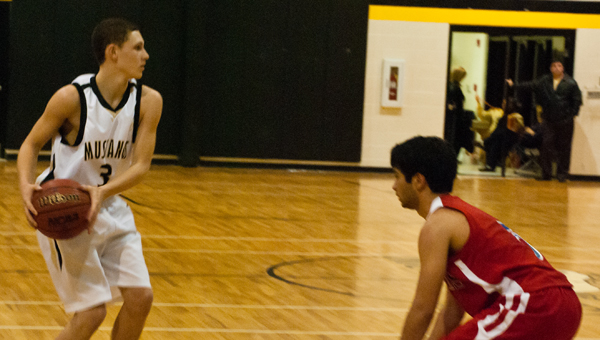 Verbena’s boys basketball team stayed close with host Isabella for most of the night Monday; however, the Mustangs pulled away in the third period, eventually winning 47-30.

Isabella jumped out to a 23-15 lead at halftime. Isabella would close that gap to five points early in the third quarter, but that’s as close as they would get.

The home team outscored Verbena 16-8 in the final period to seal the win.

Austin Haigler was the Mustangs’ top scorer with 18 points. Sawyer Cahalane had 15 points.

For Verbena, T.J. Ray led the way with 13 points, while Marquez Deramus had 8 points.

The Mustangs started strong, outscoring the Red Devils 11-2 in the first period and 10-3 in the second quarter to lead 21-5 at halftime.

Verbena played better after the intermission, outscoring Isabella 19-18, but the Mustangs’ big first-half lead proved too great to overcome. 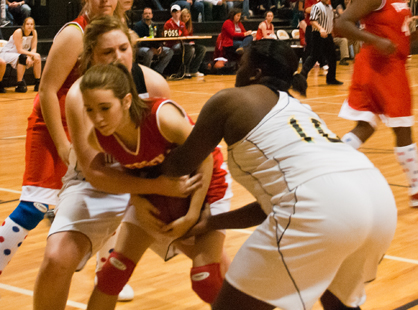 Jump ball: Isabella and Thorsby players fight for the ball during Monday’s game.

Amber Wyatt earned a double-double with 12 points and 10 rebounds for IHS.

For Verbena, Marqueska Deramus was the Red Devils offense. She was responsible for 20 of the team’s 24 points, off six field goals and eight free throws.

Maplesville senior Hunter McCay, right, earned first-team all-area honors in part because of the blocking of an offensive line that... read more