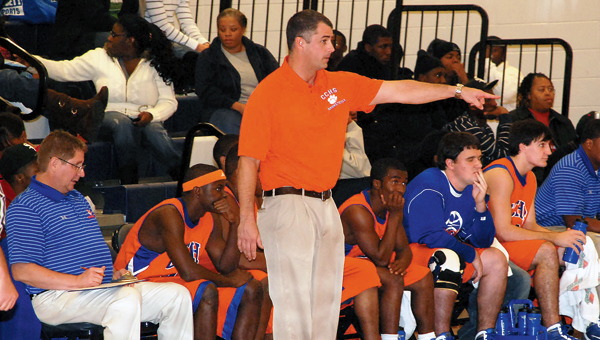 March 27: Host Jemison claimed the Chilton County Softball Tournament championship despite entering with a 1-12 record and facing Maplesville—the No. 9 ranked team in Class 1A that made an appearance in the state tournament the season before. The Panthers defeated Chilton County High School, 2-1, in the title game.

April 10: Thorsby won the Class 2A state weightlifting championship, the fourth consecutive title in the past five years the school has competed in the sport. THS also won championships in 2000, 2001, 2002 and 2003.

April 13: Jemison won a Chilton County Baseball Tournament that was that in name only. Three of the county’s six teams participated after the event was rained out earlier in the season. The Panthers defeated host Maplesville, 17-0, in the championship game.

May 19: Thorsby athlete Sade’ Archie was named The Clanton Advertiser’s Girls Spring Player of the Year, and Jemison tennis players Jake Long and Andrew Morton were named the Boys Spring Players of the Year. Archie won state championships in the 100-meter and 200-meter dash events. Long and Morton led the Panthers to their seventh consecutive state tournament appearance under Coach Benton Morton—and accounted for all their team’s points in the tournament.

May 30: Thorsby pitcher Cody Carroll and Coach Ab Argent were named The Clanton Advertiser’s baseball player of the year and coach of the year, respectively. Carroll compiled a 12-2 record with a 1.85 earned run average and 96 strikeouts in leading the Rebels to a berth in the quarterfinal round of the Class 2A state playoffs. In his fifth season, Argent reached win No. 132 of his career to go along with six playoff berths, four area championships and three quarterfinal appearances.

June 13: Maplesville junior Courtney Killingsworth was named The Clanton Advertiser’s Softball Player of the Year. Killingsworth recorded one perfect game, two one-hitters, a 20-9 record as a starting pitcher, 153 strikeouts, team-high .425 batting average, .528 on-base percentage and two home runs despite playing with epilepsy as the Red Devils earned a berth in the state tournament. Chilton County High School’s Krisi Parrish was the Coach of the Year. Parrish’s Tigers fell one game short of a state tournament appearance.

June 19: Bo Hunter won the Peach Classing Fishing Tournament even though he fished alone in a boat while the 44 other entries had two fishermen. Hunter caught five fish weighing 16.42 pounds to earn the tournament’s $1,000 first-place prize.