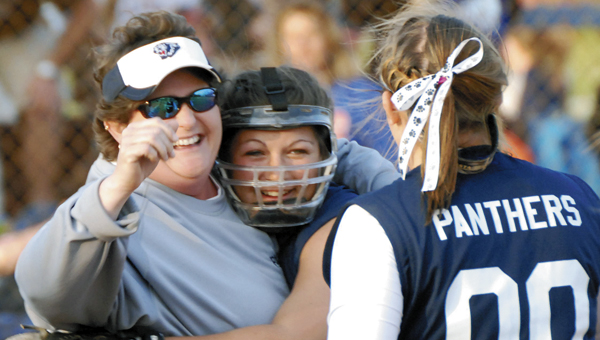 Below is Part 1 of a look at the highlights from the 2010 year in sports.

Feb. 6: Two Chilton County High School wrestlers—Colby Bernier in the 160-pound weight class and Dylan Jackson at 189 pounds—qualified for the Class 5A state meet with their performances at the Section 1 meet at Tallassee. Bernier finished fourth in the state meet, on Feb. 13.

Feb. 16: Thorsby boys basketball coach Corey Clements’ resignation was accepted by the Chilton County Board of Education. Clements coached five seasons and was once named The Clanton Advertiser’s Coach of the Year.

Feb. 20: Verbena graduate Kala Moore broke the Troy University softball record for most career stolen bases with a swipe of second base in the top of the fifth inning against Central Florida. Moore’s 90th steal broke the record of 89 set by Tara Michel in 2000 and helped Moore score the game-winning run in a 1-0 decision. Moore ended her career with 119 stolen bases.

Feb. 22: Chilton County High School’s baseball team opened its season by defeating rival Jemison, 11-1, but first the Tigers saw the 1973 state champions CCHS squad recognized. Members of the team that were present received plaques, and a banner was hung from the centerfield fence at Jack Hayes Field.

Feb. 28: Chilton County’s Taylor Hughes was named The Clanton Advertiser’s boys basketball Player of the Year, and Jonathan Shedd was named Coach of the Year. Hughes led the Tigers in points, rebounds, assists and steals per game, the first player to lead a CCHS team in those four categories since Maurice Simon in 2000. Shedd led Verbena to its first win since 2006, and the Red Devils finished the year with 11 victories.

March 7: Thorsby star Sharonda Cooper was named The Clanton Advertiser’s girls basketball Player of the Year, and THS Coach Ab Argent was named Coach of the Year. The Rebels finished the season with a 21-2 record, 8-0 in area play.