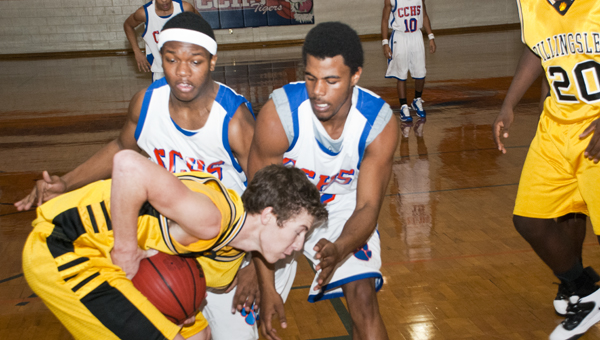 CCHS’s boys basketball team won its first two games with Young on the bench, lost the next four games, and, after Tuesday’s 80-47 win over Billingsley, Chilton has won two of its last three games.

“We’re really a work in progress,” Young said. “We’ve got a lot of work to do defensively and rebounding.”

The result was a 37-32 score in favor of CCHS at halftime, with the last points of the first half coming on a 3-pointer by Billingsley’s Garrett Price.

But the hosts outscored Billingsley 43-15 in the second half, thanks to 19 points and 12 rebounds from senior Grantland Karn and 14 points from classmate Nelson Williams.