But Billingsley’s LaKendria Frazier, on the ensuing possession, dribbled right by the CCHS defense and scored a layin to seal the game. 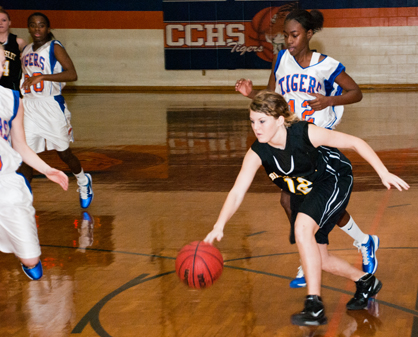 “I’m extremely proud of all of them,” Bailey said. “We lost one of our key players (Lori Davis) earlier in the year. And you never want something like that to happen, but it has given other girls a chance to step up.”

The hosts were able to come back in the game because Billingsley was cold from the free throw line, making 11 free throws in 36 attempts, including going 3-of-18 in the fourth period.

Frazier and Madison Price led Billingsley with 12 points each.

Open look: Jemison’s Eddie Hubbard, above, spots up for a 3-point shot during Monday’s game against Beauregard on the final... read more