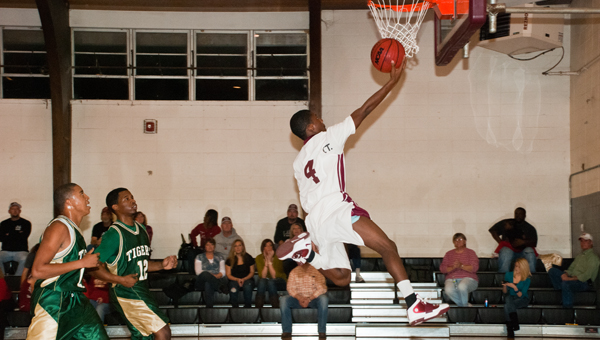 Maplesville's Kelvin Hall leaps for a layup against Sunshine on Thursday.

Maplesville’s boys basketball team earned its first area win of the season by making clutch free throws at the end of the game.

The Devils trailed, 12-10, after one period but built a 23-15 halftime lead thanks in part to Matt Hamner scoring eight consecutive points early in the second.

Anthony Johnson and Casey Atchison sunk free throws late in the game to seal the win.

Johnson led all scorers with 25 points, and Hamner had 11 points.