Man will be OK after tractor accident 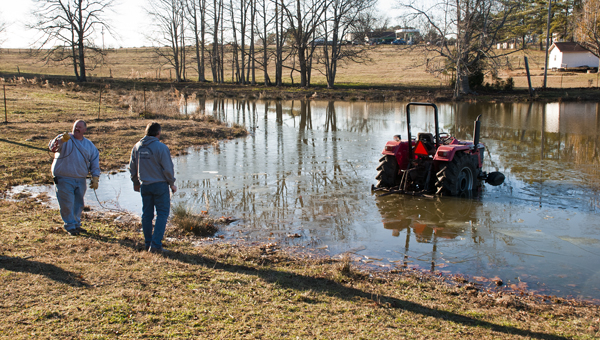 A Chilton County man will be OK after being involved in a tractor accident Tuesday.

An 81-year-old Clanton man will be OK after being at least partially run over by a small tractor Tuesday.

East Chilton Fire and Rescue responded to the call of a man ran over by a tractor around 2:30 p.m. The accident happened in the 3,000 block of Chilton County 28, also known as Lake Mitchell Road.

East Chilton firefighters said the man told them the tractor kicked out of gear, rolling downhill, eventually into a pond.

CARE Ambulance transported the man to Shelby Baptist Medical Center in Alabaster. He was complaining of hip and leg pain but didn’t appear to have any major injuries or broken bones, according to first responders.