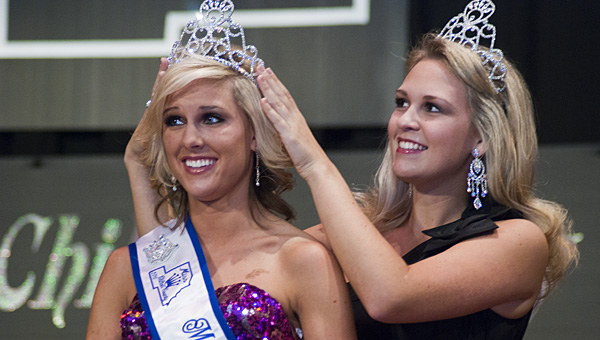 Tate is from Maplesville and is a student at Wallace State Community College. The 19 year old is the daughter of Johnny and Rose Tate.

She said she looks forward to serving and representing the county.

“I expect to meet a lot of great people and make a lot of new friends,” Tate said. 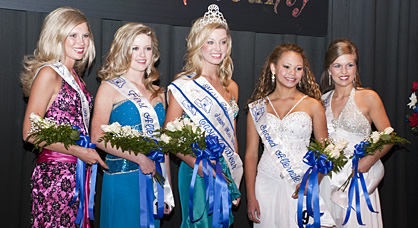 Junior Miss Linlee Karn (center, with crown) and her court.

Karn, the daughter of David and Loulee Karn, was crowned Junior Miss. Karn also took home two other honors Saturday: she was named Miss Congeniality and won the evening’s casual wear competition. She is a student at Chilton County High School.