Fifteen Little Miss contestants and 35 Young Miss Chilton County contestants competed for the title and the crown. The contestants modeled and smiled their way into the hearts of the audience. 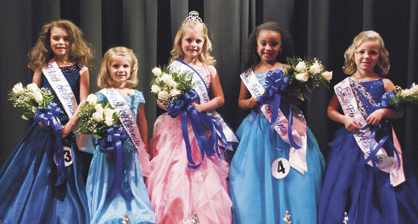 The Junior Miss and Miss queens will be crowned Saturday at 6:30 p.m.

Child Protect is holding its first benefit concert at the Helen Parrish Activity Center on Saturday, Nov. 20 from 6:30-8:30... read more