The third-, fourth- and fifth-grade students turned the gourds into about anything imaginable.

Artwork includes the Clanton Peach Tower, Big Al and Aubie mascots, as well as other celebrities, including Count “Jackular” the vampire, the Cookie Monster, and Shrek. More pumpkins were designed to look like spiders, a horse, a lady bug, a turkey and more.

The art was judged, and top pumpkins were as follows: 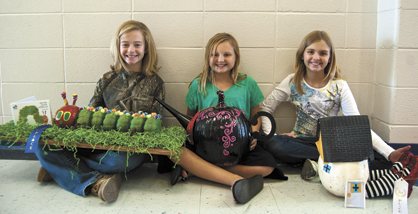 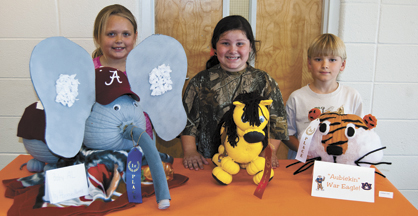