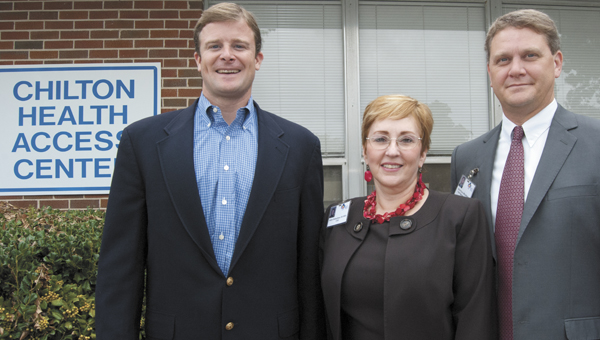 From North Central Alabama, Worthen, who graduated from the University of Alabama at Birmingham Medical School in 2004, specializes in sports medicine and general orthopedics.

“So far it’s been great working here,” said Worthen. “The people in the town are wonderful and very friendly.”

Worthen received a Bachelor of Science degree from Hampden-Sydney College in Virginia where he received numerous academic recognitions.

He continued his study of Orthopedic Surgery at UAB, completing his residency with an Election as the Administrative Chief Resident of Orthopedics.

Prior to opening a private practice at St. Vincent’s Orthopedics, P.C. at St. Vincent’s Birmingham, Worthen finished his studies with a Sports Medicine Fellowship at the Taos Orthopedic Institute in Taos, New Mexico, where he studied the most advanced sports medicine techniques.

“We’re excited to have Dr. Worthen here because this will provide quicker orthopedic care for the people of Clanton – now they won’t have to go to Alabaster or Birmingham,” said Debra Richardson, chief executive officer. “Our goal is to provide more services in town for people so they won’t have to travel.”

He will be performing minor surgeries at the Health Access Center and is working Tuesday mornings, but is hoping to extend his time at some point.

Worthen’s family and wife, a Birmingham Pediatrician who is expecting a third child, live in Birmingham. His hobbies are skiing and traveling with his family, lacrosse and basketball and reading and construction.

Linda Hand, a two-time breast cancer survivor, advises women battling cancer to take it one day at a time and... read more