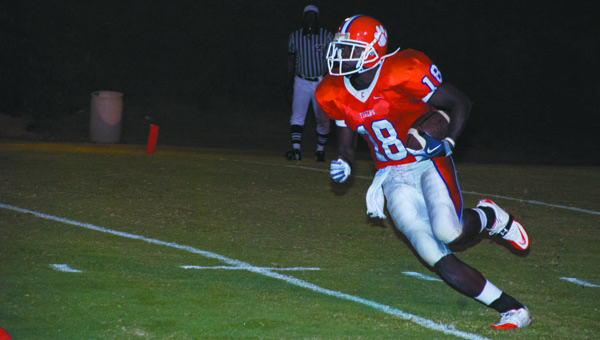 The day started with an 8 a.m. pep rally, continued with a parade that afternoon, leading to Friday’s pre-game festivities and then the game itself. Reneé Lewis was named Homecoming Queen and Nathan Hudson Homecoming King prior to the match-up of area teams.

Chilton County scored first and led the entire game. The Tigers’ first touchdown came off a 9-yard run by J.J. Agee in the first quarter.

CCHS scored again off a nice drive, kept alive by a 15-yard run by quarterback Cameron Cummings on 4th and 8. A 5-yard pass from Cummings to Chris Felder added another six points. A successful PAT made the score 14-0 with just 8 seconds left before halftime.

Felder again found the end zone late in the third quarter. His 30-yard run put the Tigers up, 21-0.

The Jaguars put up their only points off a run early in the fourth. CCHS had two late touchdowns, including a 70-yard fumble return for a touchdown by Richard Hilliard. Chace Lucas and Tyler Jones also had fumble recoveries for the Tiger defense.

Chilton County hopes to pick up another region win next week at Tuscaloosa Central. 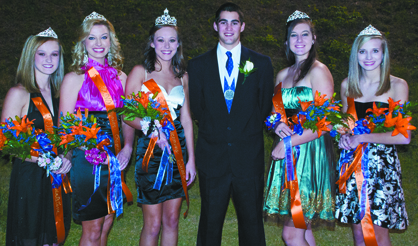 With a chance to clinch a spot in the Class 4A state playoffs on the line, Jemison left Livingston on... read more