Mr. and Mrs. Keith and Ashley Conway were joined in holy matrimony on Aug. 14, 2010, at Auburn United Methodist Church in Auburn.

The reception was held at the Moores Mill Country Club in Auburn. 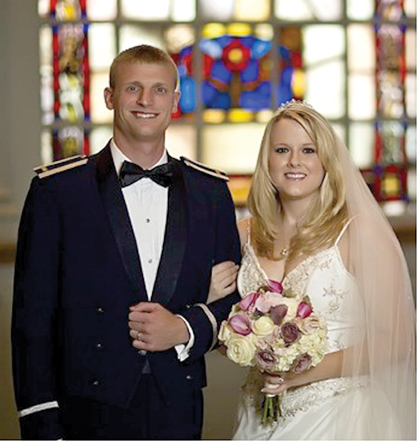 The bride was attended by her friend, Casey Glenn, as her maid of honor. The bridesmaids were Emily Clark, Amanda Martin and Lisa Laurendine. The best man was the groom’s brother, Brent Conway. The groomsmen were Landon Lowery, Chris Tate and Paul Applebaum.

The flower girl was Riley Laurendine, and the ring bearers were Colton Conway and William Holmes. The flowers used were antique hydrangeas, lavender calla lilies, and lavender roses. The flower arrangements were designed by Lisa Thorne of Thorne and Thistle of Auburn.

The bride wore an ivory cathedral train gown designed by Christina Wu. The flower girl’s dress was designed by Emerald Bridal to be an exact replica of the bride’s dress.

The couple currently resides in Auburn but will soon be moving to Sheppard Air Force Base in Wichita Falls, Texas.