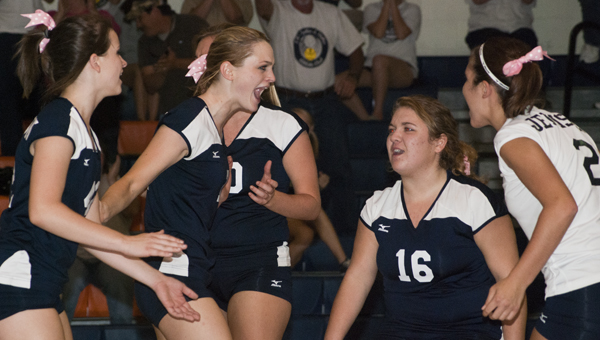 Jemison has some momentum heading into its volleyball area tournament.

The Panthers played well on Saturday in a 2-1 loss to Isabella in the Chilton County Volleyball Tournament and then swept Chilton County High School on Tuesday, 3-0 (25-21, 25-14, 26-24), in both teams’ last match of the regular season.

Jemison and CCHS will play in area tournaments on Oct. 12. Details of those tournaments will be decided on Wednesday.

On Tuesday, JHS won the first two sets before losing focus in the third and making uncharacteristic mistakes like missing serves.

But a Kasi Wells aces put Jemison up 18-17, and the Panthers won it on a block by Shelby Griffin.

Morgan Posey led the visitors with 16 digs, and Wells led with 14 assists to go along with four aces.

Kortney Robinson had 10 kills and six blocks for JHS.

In the midst of a national economic downturn, there’s been much news about grade schools cutting athletic programs to save... read more