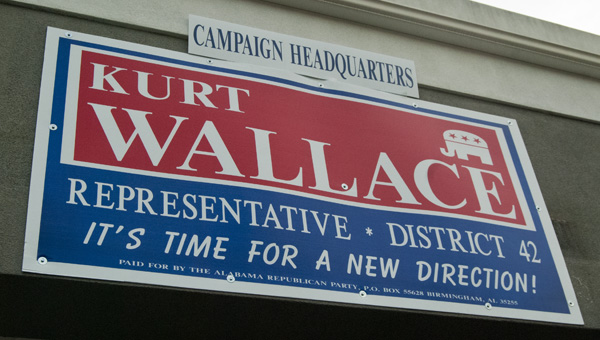 Maplesville Mayor Kurt Wallace, the Republican nominee for House of Representatives for District 42, officially opened his campaign headquarters in Clanton on Thursday.

Wallace said he hopes the headquarters will become a common place for voters to learn more about his campaign and a gathering spot for conservatives.

“Our new headquarters will serve as a gathering spot for conservatives of all stripes who are tired of the status quo and who believe like me that it’s time for a new direction in state government,” Wallace said.

He said the building will be manned every day and that he will be there often. He encouraged people to stop by and ask questions about his views on the issues.

“It’s a place people can gather, ask questions and get answers,” he said.

The headquarters is located as 1471 Seventh Street South in Clanton next to Walmart and across the street from San Marcos Restaurant.

Friday’s Isabella-Thorsby game is important for both teams—for more reason than one. The game represents one of Chilton County’s biggest... read more