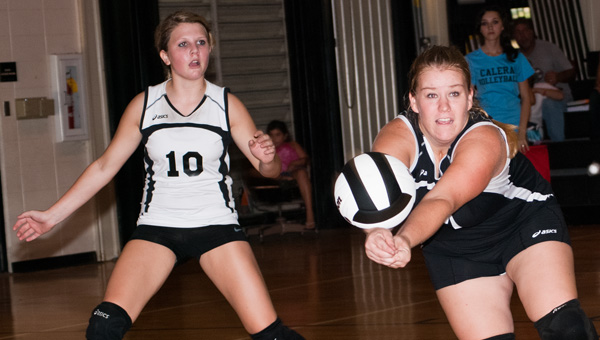 Reach for it: Isabella's Kaylynn Culp, right, returns a Calera serve on Monday while teammate Allison Mims looks on.

It could have been home court advantage, but IHS pulled out a win while CCHS could not.
The hosts also defeated Chilton in the last match of the night, 2-0 (25-15, 25-13).

Commentary: Things will be different

Maybe I was just getting caught up in the members of our youth going off to different colleges, or maybe... read more