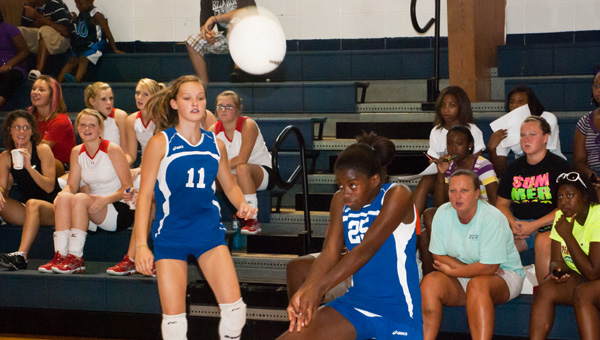 After some turbulent times, familiarity is growing in the Chilton County volleyball program.

In 2008, Misty Jones became the team’s third coach in as many years, but Jones is now entering her third season as coach and CCHS returns almost all its contributors from last year.

“They really have learned how to work together a lot more,” Jones said. “Now, they’re learning everybody can be a part.”

Though no players from last year were lost to graduation, there have been some bumps on the road to a breakout season.
Junior hitter Keondra Looney suffered a minor injury in practice this week and could miss the Tigers’ first matches, on Aug. 23 at Thorsby.

Also, freshman Kacy Sanders, who was one of the team’s two setters for the second half of last season, missed all summer work with an illness, and two players from last year chose not to play again.

“I think we’re getting more confident with our hitters hitting — learning how to move to the ball, being aggressive,” Jones said. “And our seniors are learning how to step up and be leaders. They want to win.”