Devils want to seize the series

Derrick Littleton experienced the baseball playoffs as a freshman center fielder at Thorsby in 1996 but never made it back in the rest of his time at the school.

So, Littleton, now the Maplesville coach, had a message for his players this week as they prepare for the postseason:

“Make the most of it. Don’t take it for granted,” Littleton said. “This is Maplesville, so these guys think you just always make the playoffs, but we could have been the other guys sitting at home.”

Records and rankings might indicate Maplesville is the underdog, but Littleton said he is confident the Devils can win the series, which begins with a doubleheader at 3:30 p.m. Friday and could include a game at 11:30 a.m. Saturday if needed.

“If we’re playing like we’re capable of playing, we match up pretty well with them,” Littleton said. “I’ve told them all year long, we’ve got the athletes—it’s up to them whether they want to do it.

“It is an accomplishment, making the playoffs, but we want to push through and win some games and not be satisfied just making it.” 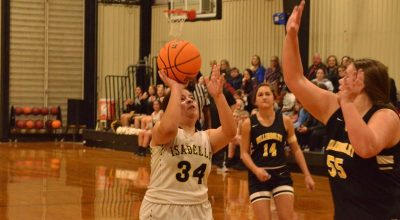