Imagine bedding down in a campground on Saturday night before a race with the temperatures about normal for this time of year and the wind whipping around pretty strong. Now imagine awaking Sunday morning, looking out the window and seeing nothing but the snow covered ground with the snow continuing to fall rather heavily.

Well, if you were in Meridian, Miss., on this particular weekend, you wouldn’t have to imagine it—you lived it. The Southern Enduro Riders Association Bonita Lakes Enduro, hosted by the Ridgerunners Enduro Team, was held under these circumstances with most people there surprised by the turn of events for the weekend.

When the race began at 8 on Sunday morning, there was still snow falling, and it continued to fall until the last rider on row No. 47 left the starting line. There were approximately 180 riders to start the race with 135 managing to finish the first half without houring out, breaking down or just quitting.

Cliff Ousley had a great day on his KTM 300 to claim overall by 4 minutes over second overall Steven Reed. Ousley completed the 50-plus-mile course dropping 44 points and looked as if he were ready to take on another 50. He better be ready by Tuesday because, at the conclusion of the enduro, he was headed to Daytona for the GNCC where he will compete with the best in the country.

Then, on Thursday, he will again compete, in the National Alligator Enduro, and then travel to south Mississippi to compete in the next SERA enduro on March 8. That’s four races in eight days.

Other results included Tyler Carter, who finished first in 250A and sixth overall. Carter rode hard and finished ahead of several AA riders by dropping only 57 points. Kevin DeLoach and Bryan Petty took the next two spots in 250A, dropping 70 and 71 points, respectively.

Hunter Sanders had a great day and finished third in 200A, dropping 70 points. Tommy Seales and son Jonathan Seales both had good days by finishing strong in their classes. Tommy took home top honors in Super Senior A, and Jonathan claimed second in 200B.

All positions were not figured at the time the reporter left the site, but other riders who finished were John Huggins, Phillip McMillan, Chris Aultman, Brian Lewis, Jack Willis and Bryan Duke.

Ted Anz, Beau Burnett and Jason Brasington all had good days going until they had bike problems and were unable to finish.

By the end of the race, the snow had melted and turned to mush and the wind was blowing rather hard.

On Saturday evening, the kids races took place in the pine thicket campground just down the road from the adults race.

Ethan Gregg and Austin Anz finished second and third in the Pee Wee class. Their course was about 1.5 miles in length, and they raced for six laps.

The Vet Kids class had Neal Ousley coming in second on the two-lap, 4.5-mile per lap race.

Kelsey Duke finished fifth in the girls class on the same 4.5-mile course. This class also completed two laps. It was just about dark when the last competitors came out of the woods and the trophies were soon awarded to the winners.

The next SERA event is the enduro in New Augusta, Miss., this weekend. 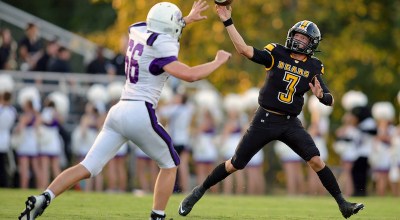