Now, we can all get help with that resolution

Almost everyone agrees the most popular New Year’s resolution is the one where we say we’ll go on a diet, we’ll start to exercise, and most importantly, we’ll lose weight.

It’s a good resolution. Studies show that being overweight is a principal cause for high blood pressure, diabetes, and heart disease. From a few excess pounds all the way up to diagnosed obesity, being overweight is one of the most urgent health threats in Alabama. And it has risen to epidemic proportions.

Alabama is one of the heaviest states in the nation. Only Mississippi and West Virginia top the scales higher than us. That will have a negative impact on our state for decades to come, from lost productivity to higher medical costs. If we don’t get a handle on those expanding waistlines, we are in for some serious trouble, economically and individually.

State government is taking some steps in dealing with this problem. Last year, all state employees were told either to get fit or eventually pay a $25 a month surcharge on their health insurance. Alabama is the first state in the nation to have a charge like this, and other states are now looking to follow suit.

The State Employees’ Insurance Board approved the surcharge plan to charge state workers starting in January 2010. If screenings turn up serious problems with blood pressure, cholesterol, glucose or obesity, employees will have a year to see a doctor at no cost, and enroll in a wellness program or take steps on their ownto improve their health.

If they show progress, then they won’t be charged. But if they don’t, they must pay starting in January 2011.

While there are some that say such direct measures are an invasion of privacy or unfair, the insurance board understood that if health problems related to obesity were not addressed head on, it could eventually bankrupt the employee benefit program. Workers who are heading toward obesity become retirees who are obese. Things have to change.

Officials started a $25 a month surcharge for smoking a few years back, and the result was hundreds of employees quit the habit, saving their lives and the health insurance program millions in cancer and other treatments. There is hope that the new surcharge will motivate people to take advantage of the programs offered to help them achieve healthier habits.

But what about the rest of us who need help learning to cut down on barbeque and banana pudding? Where do we get the encouragement to walk and get regular exercise?

For the third year, the Alabama Department of Public Health and the Alabama Hospital Association have launched Scale Back Alabama, a statewide campaign held the first of each year to encourage Alabamians to get healthier by losing weight and exercising. Barber’s Dairies and Blue Cross and Blue Shield of Alabama are major sponsors of the program. This year’s contest begins the week of January 10. Teams of four people weigh in, diet and exercise for 10 weeks with advice and programs offered by Scale Back Alabama. At the end, they then compare their net weights with their old ones. There are hundreds of weigh-in sites across the state. There are also cash prizes involved as well as healthier lives and better habits. Go online to www.scalebackalabama.com for more information and find the closest site to you.

Last year’s successful Scale Back Alabama program met its 200,000 pound goal. This year, the goal is to have participants lose 500,000 pounds during the 10 weeks of the program. The more than doubling of the weight goal shows how “big” our problem is. Here’s hoping that the program will help many Alabamians meet that New Year’s resolution once and for all. 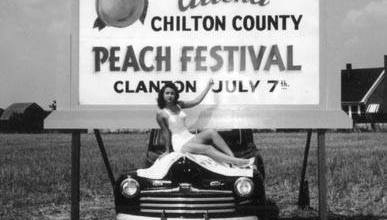 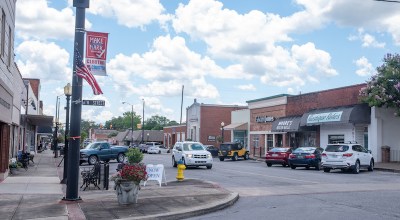 COLUMN: The time to support local news is now

Are things looking up in the car lot?