Perhaps because of their outdoorsy image, few realize that money management is a part of scouting. To earn what’s called the personal management badge, boys must know the difference between simple and compound interest and how mutual funds differ from CDs.

Last year, nearly 50,000 scouts between the ages of 12 and 17 earned the badge, which is required to obtain the elite Eagle rank.

“I thought (money) was just about trying to save more than you spend,” said John Yurgil, a 16-year-old in Livonia, Mich., who earned the badge last month.

Now he knows there are myriad ways to invest – such as stocks, CDs and mutual funds – and that each carries its own risks and rewards. The high school junior also tracked his budget over 13 weeks and mapped out a hypothetical blueprint for making a major family purchase, in his case a washing machine.

The purpose of the badge isn’t to transform scouts into investment whizzes, but to get them acquainted with the fundamentals of personal finance. It’s the kind of background many Americans may wish they had today, as they scramble to understand the impact of the financial crisis on their savings.

About five years ago, the badge’s focus was expanded beyond savings to include material on investing and project management.

Requirements now include discussing how emotions influence spending and understanding the significance of a stock’s 52-week price range and the importance of good credit.

“It’s a part of walking into life well prepared,” said Russ Hunsaker, a scout leader in Salt Lake City who chaired the committee that rewrote the requirements for the badge.

Boys don’t need to pass a test to get the badge, but they must demonstrate an understanding of the materials to their merit badge counselor, typically a volunteer from the financial services industry.

For about three months, scouts meet weekly with their counselor one-on-one or in a group setting, depending on the local council. Few badges require such a long time commitment; many can be earned in just a day.

The badge is one of 21 boys must earn to become an Eagle – a rank only about 5 percent of the 900,000 eligible Boy Scouts last year obtained. Because of the difficulty of earning the badge, it’s often one of the last boys pursue, Hunsaker said.

That was the case for his 17-year-old son, Ellis, who he knew as little as most teenagers about managing money before earning the badge.

“I learned how to budget and save my own money, instead of just splurging. I learned about the stock market and different kinds of investments,” said the younger Hunsaker, whose interest in the topic has since led him to enroll in a two-year business program at his high school.

He doesn’t have a job or savings account yet, but he hopes to one day earn an MBA.

That’s not to say he – or any scout with a personal management badge – is giving mom and dad advice on the best asset mix for their mutual fund. But they likely won’t feel as intimidated later in life by money matters.

Many adults today could have benefited from such early exposure to finance, said Ellen Siegel, a certified financial planner and president of Ellen R. Siegel & Associates in Miami.

“If people already knew how to think along the lines of planning and budgeting and comparison shopping, they wouldn’t be caught off guard by what’s happening today,” she said.

Among those who do not pay their balance in full every month, for instance, the average credit card debt is $17,000, according to the Consumer Federation of America.

It’s no surprise that parents often sit in on the classes with their children. Many even ask follow-up questions after class, said Teresa Burleigh Smith, a broker with Primerica Financial Services who serves as a merit badge counselor in Wichita, Kan.

Stocks, bonds and mutual funds have always confused Lisa Gray, whose 12-year-old son recently earned the badge. After sitting in on Josiah’s class with Smith, she has a better grasp of the subject.

Now she and her son, Josiah, talk about money on a new level. Recently, she was surprised when he asked whether his grandmother gets retirement money.

It’s not a concept kids need to know anytime soon. Still, other lessons taught in the personal management class could come in handy a lot sooner.

As Ellis Hunsaker heads off to college next fall, for instance, his father points out the 17-year-old will no doubt be inundated with credit card applications.

“They need to understand what the consequences are of opening one,” Hunsaker said.

Now, his son is likely prepared to make wiser choices than many of his peers. 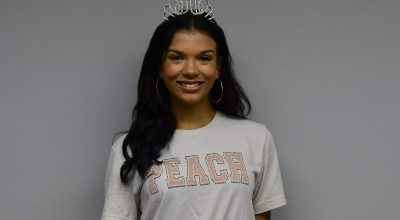