Make decisions based on facts, not rumors

In Chilton County, like other mostly rural areas, everybody knows everybody. Everybody also has something to tell everyone they know. Rumors are mostly harmless, just a way to keep the day interesting: “I saw so-and-so at my neighbor’s house last night,” or, “Can you believe so-and-so lets his dog run around the neighborhood and water everyone’s flowers?”

Sometimes, though, rumors can be harmful – if people start to believe incorrect information, especially incorrect information that relates to the funding of important county services. That seems to be the case with a proposed amendment that would change the way funds are distributed among the county’s volunteer fire departments.

Chilton Fire/EMS President Dan Wright said some have come to believe, incorrectly, that the amendment is a tax increase. “There’s been some confusion,” Wright told The Clanton Advertiser on Tuesday. “The ordinary citizens will not see anything change as a result of this amendment.”

Currently, a substation is treated as like a separate fire department and receives as large a portion of funding.

The proposal seems fair enough (“All of the departments are in agreement on this,” Wright said), but it won’t be instituted unless it is approved by county voters on Nov. 4.

After all, who better to recommend changes to fire department funding than the people that work at those departments?

Wright encouraged residents to look over the plan themselves at www.eastchiltonfire.com (you’ll need to click on the “Local Amendment No. 1” link). That’s a much better idea than letting rumors make decisions for us. 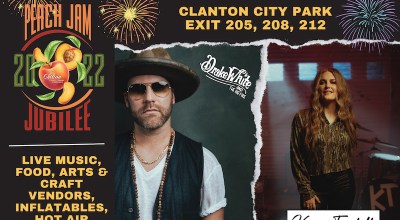 Bailout won’t bail us out