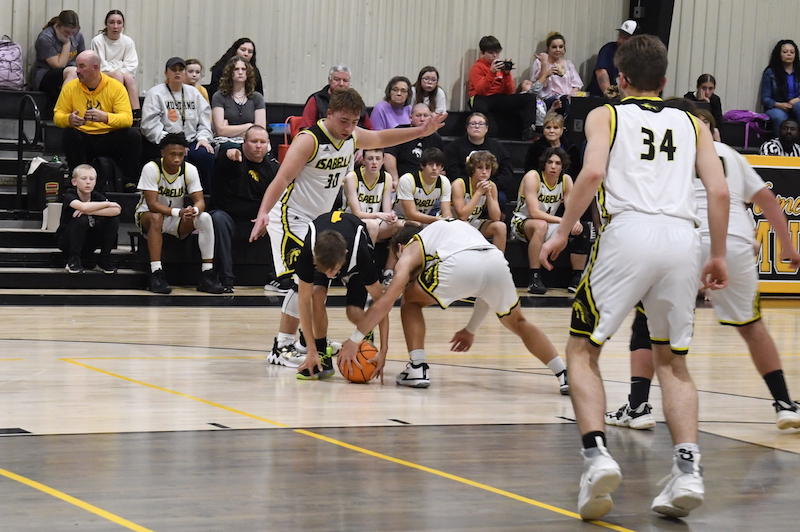 Isabella High School’s varsity boy’s team continued to gain on their steady improvement in their Jan. 23 loss to Fayetteville High School 78-66. While the scoreboard was not in their favor, the Mustangs have shown signs of real improvement over the course of the last few weeks.

“I am proud of the whole team because we are improving and getting better,” Isabella coach Tate Leonard said. “As a coach, that is what you want to see … We made them work this game, and we made them play the whole time.”

Isabella stayed in touch with Fayetteville throughout the first half and trailed by 15 points at halftime. Isabella was able to withstand some runs in the third quarter as well and shrink the lead. Eli Kendrick led the Mustangs in scoring with 23 points and Zac Chapman had 16 points.

“They were really hot shooting the ball, but we still had a chance to win the game,” Leonard said. “We have to continue to improve defensively.”

The Mustangs got the game down to as little as nine points in the fourth quarter, but could not inch any closer. Leonard was pleased after the game with the way his team played, commenting that the extra practice time and games together has contributed to the steady improvement of his team’s play the last few weeks.

“They are buying into more of the stuff we want to do,” Leonard said. “The other guys around our main scorers are stepping up too and getting us some points and rebounds here and there. The little things have improved to make us better.”

“We are giving people too many second chances,” Leonard said. “If we can limit that, that will definitely help us (down the stretch).”