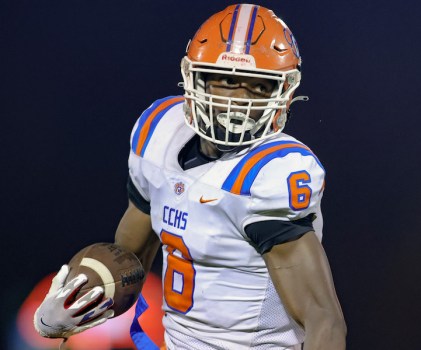 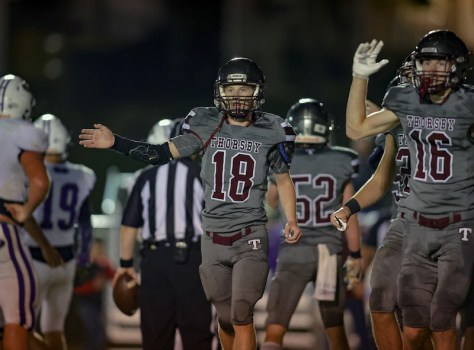 Chilton County High School linebacker Demarcus Riddick had a memorable 2022 season for the Tigers and caps it by winning the 2022 The Clanton Advertiser Defensive Player of the Year.

Riddick was stalwart on the Tigers defense last season leading CCHS in tackles with 109, 62 of those solo tackles, and in sacks with seven. Riddick was reliable in coverage as well, pulling down three interceptions and returning one of those for a touchdown.

“Demarcus is a guy who is very versatile throughout our defense with stopping the running game, being able to cover receivers when needed, and pressure the quarterback,” CCHS coach Marvin Morton said. “The growth he has had since his freshman year is great, and he is making progress and reaching his max potential.”

Riddick provided a vocal leader in the CCHS locker room in 2022, and was able to positively influence his teammates throughout the season.

“He was able to make his teammates better,” Morton said. “He has to continue to do the little things and work hard in the offseason to where he can have a stellar senior year. I am looking forward to having his leadership as he enters his senior year.”

Malachi Allgood led Chilton County in tackles in 2022 with 158 from the linebacker position for Thorsby High School. Although slightly undersized for the position, Allgood made 13 tackles for loss and was praised by Thorsby coach Daryl Davis for his ability to prepare for games.

“He is just a real coachable kid and does a great job at preparing each week by watching film,” Davis said. “He just soaks everything up.”

Just a sophomore, Allgood had massive games all season including a 27-tackle game against Prattville Christian on Aug. 26 that included six solo tackles. Allgood helped stabilize a Thorsby defense that finished fourth in the AHSAA Class 2A Region 4 standings and punched a ticket to its sixth consecutive playoff appearance.