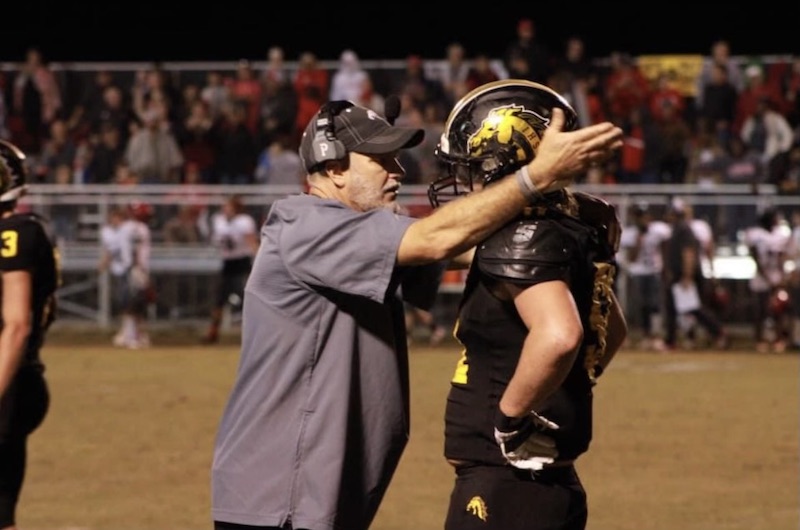 Isabella High School’s Jerry Harrison was named the Class 2A Assistant Coach of the year on Dec. 5. (JERRY HARRISON | CONTRIBUTED)

Harrison is the third Mustang football coach to be recognized for an ALFCA award since 2016.

“It is a great honor, and I have been blessed to be around great coaches, and these kids who have bought into what we are trying to build over here,” Harrison said. “It makes things a lot easier.”

Each winner was nominated by a member of the ALFCA, recommended by a committee and selected by a vote of the ALFCA board of directors. Harrison will be honored at the ALFCA Coach of the Year luncheon on Jan. 28, 2023 in Montgomery and will receive a plaque and ring commemorating the honor.

Leonard said he nominates his coaches based on their whole body of work since they have been on staff, and Harrison’s time at IHS was worthy of that nomination.

“He helped build what we have going on here and was a crucial part of it,” Leonard said. “He was someone who I wanted to get hired when I got the job … coach Harrison is a big part of our success. He brings a lot of energy and passion, the kids love him, and we really work well together.”

Leonard said his biggest fear when hired was what his staff would like, but said his staff “has been a blessing to have.”

“Our staff, besides how hard our kids work, is what has made this program go,” Leonard said.

Harrison spent three seasons as the head baseball coach at Isabella. The last three years Harrison has been the pastor at Plantersville Baptist Church, and has seen parallels to coaching.

“This has always felt like a ministry to me being able to work with these young men and see them develop into the guys they are,” Harrison said.

Harrison plans to retire at the end of the 2022-2023 school year from teaching and coaching. He pointed out three things that he has learned during his time at IHS that makes a successful high school coach.

“Love for the kids, a passion for your sport and the deep concern and care for the kids to be successful on and off the field,” Harrison said. “I never got into this for any awards or acclamations, but it really was an overwhelming surprise to receive this in my last year.”

The family atmosphere at IHS is something else Harrison pointed out that made his job easier over the years, and Leonard agreed with his sentiment. Leonard said the only reason why any coach or player gets recognized is because of the program itself, whether it is a coach of the year award, an all-conference nomination or state player of the year.

Leonard was named a finalist for the 2022 Class 2A Coach of the Year award by the ALFCA.