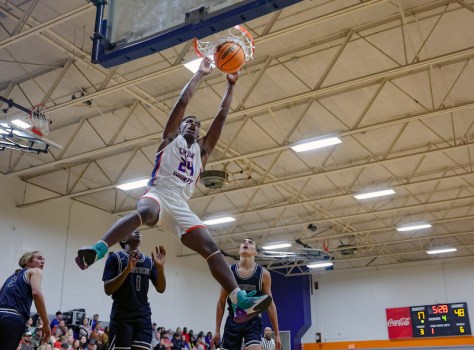 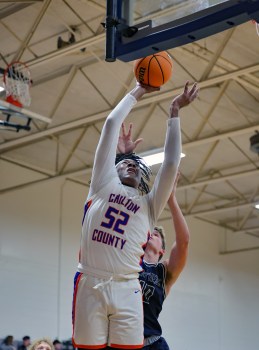 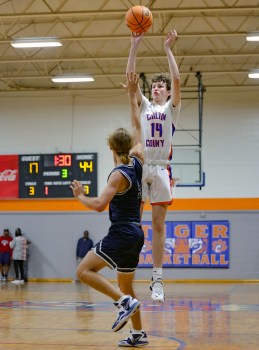 The Chilton County High School varsity boys’ basketball team won its seventh game out of its last eight taking down Jemison High School 54-19 on Dec. 2. The Tigers were led by Demarcus Riddick who had a game-high 18 points and added six rebounds, four blocks and three steals to his totals.

The Tigers pounced on the Panthers quickly in the first quarter with two layups by Jakobe Worthy and one by Riddick made it 6-0. Jemison got on the board first with a 3-pointer from Jayden Managan, but a 7-0 run extended the Tigers lead to 13-3 midway through the opening quarter. Worthy went down with an ankle injury in the first quarter and was out the remainder of the game, leaving CCHS without their leading scorer on the floor.

“It took us a minute to figure out our offense without Jakobe in there,” CCHS coach Austin Moncus said. “Our guys did a good job of figuring out what they wanted to do without him out there.”

Jemison’s Tucker Bradford knocked down a free throw, and Luke Gann made a 3-pointer to cut the deficit to single digits at 14-7 at the end of the quarter.

Chilton County doubled its lead in the second quarter outscoring Jemison 15-7 in the quarter to hold a commanding 29-14 lead at the halftime break.

“We want to play sound defense. We know we have guys that can score the ball, but we want to make sure we are putting defense as an emphasis at the forefront of our team,” Moncus said. “We figured some things out defensively, rotated well and helped everyone out by communicating through everything.”

Jamon Dejarnett finished in double figures as well for the Tigers recording 11 points and adding six assists and four steals.