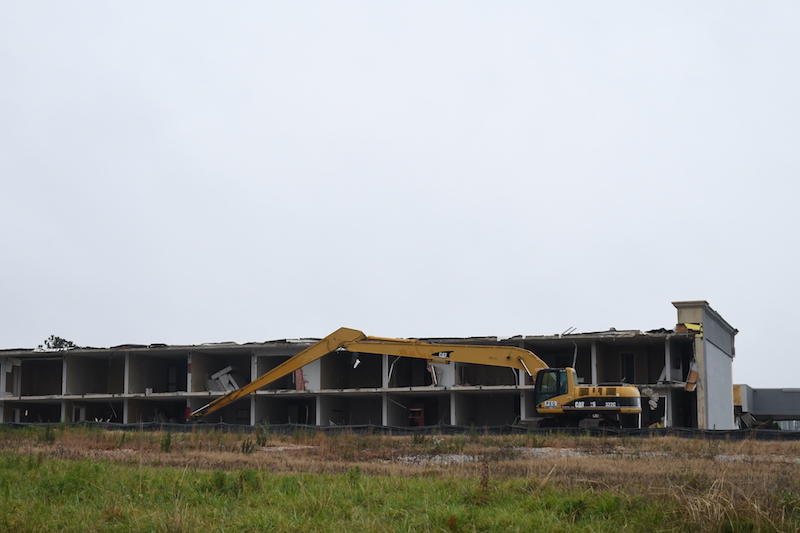 Demolition on the Days Inn building on Big M Boulevard began at 7 a.m. on Dec. 5. The city of Clanton had purchased the property and entered into an agreement with Mansa CTN LLC to bring a Hampton Inn by Hilton to the site. As a part of the development agreement with the city, the company will receive a lodging tax rebate of 3% up to $1 million or for 18 years, whichever happens first from opening of the hotel.

The hotel development will use half of the property the city purchased. Plans for the other half have not been announced at this time.