Tigers best Bears on the hardwood 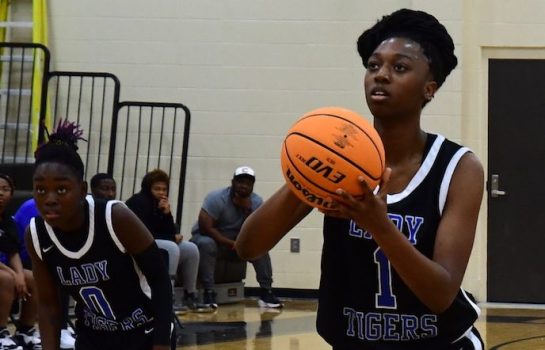 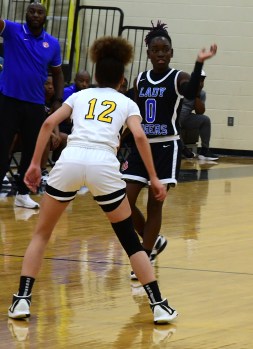 The Tiger’s Iasia Anderson had 19 points against Billingsley on Nov. 14. (CAREY REEDER | ADVERTISER) 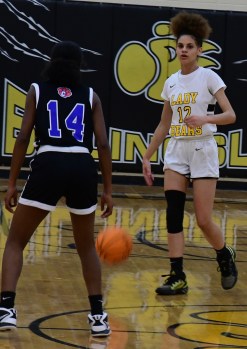 The Chilton County High School varsity girls took down Billingsley High School 62-31 on Nov. 14 in the Bears season opener. The Tigers were led by Trinity Pulliam who posted a double-double with 25 points and 22 rebounds. Pulliam went 10-for-21 shooting and added nine blocks and three steals to her totals.

“Trinity is the real deal, and I think we need to get used to playing with post players,” CCHS coach Rickey Pulliam said. “We have a young team, and I think we got better tonight. We are trying to find out who our players are, and who we have that can help us win.”

CCHS jumped out to a quick 8-0 lead to start the game, but a jumper from Billingsley cut the lead down to 10-7 halfway through the first quarter. However, the Tigers ended the quarter on a 13-0 run and held a 23-7 lead after the first frame.

“Everything is new this year, and we are all getting adjusted right now,” Billingsley coach Angela Jones said. “We need to work hard on our offense because we are not used to playing against a man defense.”

Billingsley’s Breanna Cutler came out fast in the second quarter scoring eight points, including two 3-pointers, in the first two minutes of the quarter. Cutler lead the Bears with 23 points and added three rebounds and three steals.

The Tigers managed the lead to hold steady and took a 37-17 lead into halftime.

“Our defense needs to be picked up, and I am a defensive coach, so I expect to be hard-nosed on that end,” Jones said. “We have a lot to work on, and we will start on that tomorrow, but if we can get these things going I think we will be fine going forward into the season.”

The Tiger’s Ivyonna Varner hit two 3-pointers in the third quarter and the second to put CCHS up 50-20 with three minutes left in the quarter. Varner had eight points and four steals.

Billingsley began the fourth quarter behind 56-22, but Cutler scored all nine points in the quarter for the Bears.

Iasia Anderson had 19 points, 10 steals, eight rebounds and six assists for the Tigers to form a potent inside-outside duo with Trinity Pulliam.

“(Iasia) has been doing this for a long time,” Rickey Pulliam said. “She is also a big-time player for us this year.”

Chilton County (1-1) hosts Thompson High School on Nov. 17 at 5:30 p.m. in the Tigers next matchup. Billingsley (0-1) travels to Autaugaville High School on the same day at 5 p.m. for the Bears next game.