Thorsby squeaks by Fayetteville on the road 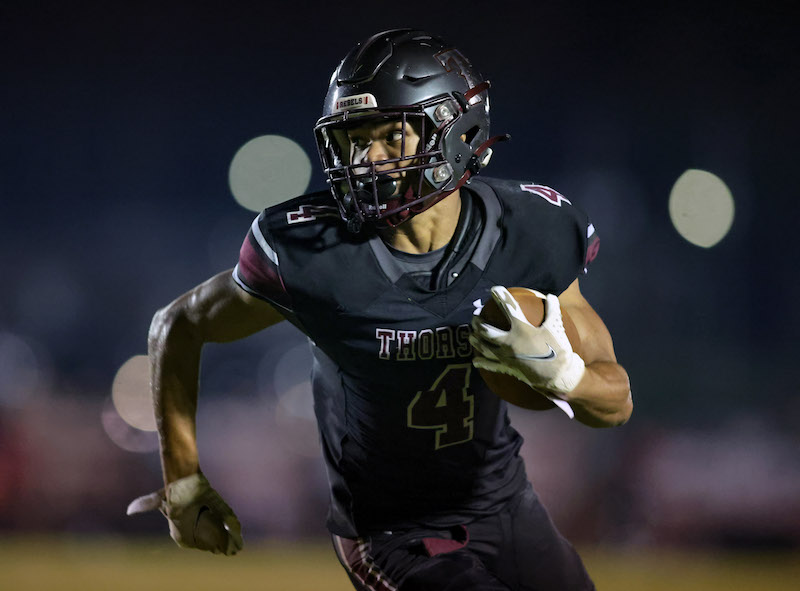 Thorsby High School edged Fayetteville High School 22-18 behind two Grayson McManus touchdown runs in the second half to lift the Rebels on Sept. 29.

While points were tough to come by in the AHSAA Class 2A Region 4 matchup, Thorsby’s Remington Taylor ripped off a 60-yard punt return just four minutes into the first quarter to put the Rebels on top. McManus added a two-point conversion run to make it 8-0 Thorsby after the first period.

Fayetteville responded in the second quarter housing their own punt return for a touchdown, this one from 50 yards out. The two-point conversion was no good, and Thorsby held the slim 8-6 lead at halftime.

The Rebels were put in a deficit after the Wolves connected on a 45-yard touchdown pass from Landon Payton to Zeke Deloach to put Fayetteville on top 12-8. Thorsby’s Braxton Price connected with McManus for his second trip to the end zone on a 15-yard touchdown connection to put the Rebels up two points. The Wolves wasted no time canceling out the score and reclaiming the lead on another connection between Payton and DeLoach, this one from 34 yards out.

Trailing 18-14 entering the final frame, Thorsby was methodical about their play calling, and got the ball to their most impactful player in the game in McManus. He ran in a 16-yard touchdown with nine minutes left in the game, and the two-point conversion put Thorsby up 22-18 and the subsequent win.

Thorsby (5-1) will host B.B. Comer High School on Oct. 7 in the Rebels next matchup. Kickoff is scheduled for 7 p.m. Fayetteville will travel to Central of Coosa County High School on the same day and time, and both matchups are region games.