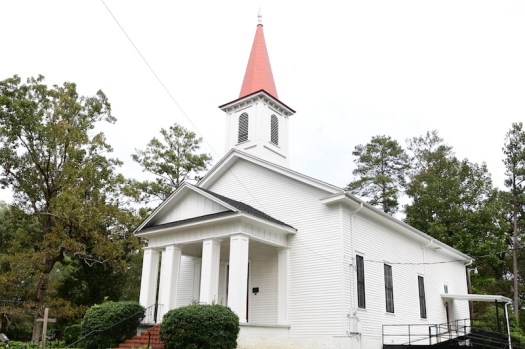 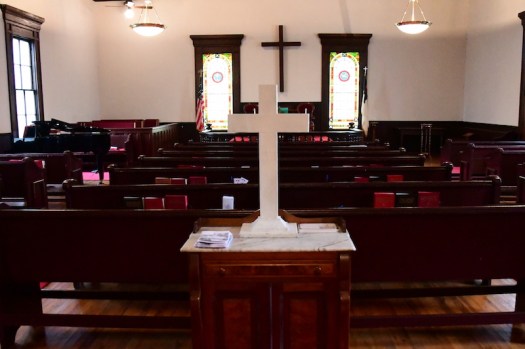 Much of the interior of Verbena United Methodist Church is original to the building. (FILE| ADVERTISER)

A homecoming service has been planned with a time of fellowship and a worship service.

“We are calling it a homecoming because we have gone back and invited people that were raised in the church or people who moved away but were members,” church member Ola Taylor, who has attended since 1989, said.

The celebration will begin with a meet and greet at 10 a.m. in the sanctuary. The service, featuring musical guest Reunion, will begin at 11 a.m. A potluck lunch will follow the service in the fellowship hall.

The Verbena UMC congregation was established in 1871.

The church’s sanctuary was built in 1876. A Sunday School building was added in 1962.

Today, Jodey Hill is the pastor.

Commenting on the longevity of the church, Taylor said, “We are just a tightly united little community, and I think this church has served the purpose of (being) a place where those with inclinations toward being Methodists have a place to worship.”

She said the church has become “one extended family.”

“We take care of each other, and that appeals to people, and they have just stuck with the church,” Taylor said.

Many families have been important to the church.  Taylor said the Deramus, Shepherd, Carmichael, Howard and Gibson families are just a few of them.

Throughout its history, the church has been a constant in the Verbena community. During World War I and II, the church’s bell rang each day at 5 p.m. to remind people to pray for the soldiers. The bells also chimed in celebration at the end of World War II.

Much of the architecture of the sanctuary remains the same as when it was originally built. The sanctuary features a tongue and groove wooden ceiling, the original altar rail and the original  wooden pews.

The building was placed on the historic registry in 1971.

Verbena UMC held its last homecoming in 2016 to celebrate the building being 140 years old. The committee for this year’s event has begun discussing the possibility of making it an annual event. Taylor said the Nurture, Outreach and Witness committee, made up of a group of women at the church, have organized the celebration this year.