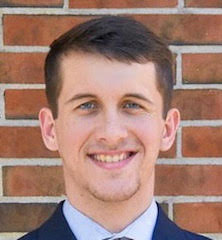 Jemison High School has their new man at the helm of the men’s basketball program after hiring Christian Goodwin.

Goodwin comes from the college basketball coaching ranks at Union University in Jackson, Tennessee and said he is happy to be back in the state where he grew up.

“I spent this last year out of the state of Alabama, and it did not take my wife and I nine to 10 months to know that this was home,” Goodwin said. “We are excited to be back in the 205.”

Goodwin was born and raised in Silverhill in Baldwin County that he described as a “one stop light type of town.”

Goodwin said he jokes being from Silverhill coming to Jemison feels like New York City because it has three times the number of residents.

While a coaching graduate assistant at Union, Goodwin and his wife, Rebekah, knew they wanted to get back to Alabama and get him back into high school coaching. Goodwin did not play in college, which sparked his deep interest in coaching both the high school and college ranks. Goodwin was a part of the winningest season in program history at Union and helped lead them to a berth in the round of 32 in the NCAA Tournament.

“That was the dream (coaching at Union),” Goodwin said. “I learned a ton from that program and I’m so thankful for it, but we knew we wanted to be back at the high school level.”

Goodwin began his coaching career at the high school level in 2018.

Goodwin, a University of Alabama graduate in 2021, calls Tuscaloosa home as well and wanted to get back as close as possible to the area. He began putting his name out there and earned a Zoom interview with Jemison Principal Kendall Jackson. Goodwin said the vision the two had was very similar.

“I really loved her message and where she is wanting to take not only the athletic programs, but the school as a whole,” Goodwin said. “We kept connecting, and we were on the same page with both of our visions for this place.”

An in-person interview was scheduled later with Goodwin. Jackson said the first thing that stood out was Goodwin’s experience at both the high school and college levels, then his philosophy for the program.

“Player development, and having someone understand what that takes is what we see on paper,” Jackson said. “He is going to come in and push the kids. He knows what our record is, he knows where we are and our opportunities for growth in the program. He was excited to tackle those, but that approach and shared vision is very important to have.”

Goodwin addressed the players and parents at a welcome meeting in the Jemison auditorium on June 21. He gave a brief overview on his expectations for the program and his background in coaching.

“I think my big message is — basketball is a game I coach … But what I do is coaching young people, and that is what I absolutely love,” Goodwin said prior to the meeting. “The relationships I build with my players, the community and the school I think the relational side of things set me apart.”

Goodwin’s coaching career started almost immediately after graduating from Central Christian School in Robertsdale in 2016. In July 2018, the coach Goodwin played under at Central Christian moved on and the program hired the then 20-year-old coach. Goodwin was the youngest head coach in the state of Alabama.

“I like to tell people I do not think there was a 19-year-old head coach in the state,” Goodwin said. “I did not have a full-time assistant, and it was tough. I knew it was a rebuilding year and it would not be long term, but it was a great experience and I am super happy with my time there.”

While in college at Alabama, Goodwin was able to work with the basketball program and head coach Nate Oats. He then became an assistant varsity coach and the head coach of the junior varsity teams at American Christian Academy in Tuscaloosa in 2019. Goodwin spent two seasons there and helped ACA get to the sweet 16 for the first time in Class 4A competition before joining Union University.

“What I want to come (into Jemison) and establish is just consistency and stability,” Goodwin said. “That is my big thing. I am going to be the same person every day of the week, and I am going to bring a ton of energy and I think my players will grasp that. For on the court, we are going to compete and work hard every day.”

Goodwin met with the players and parents after the June 21 meeting and handed out summer workout schedules.