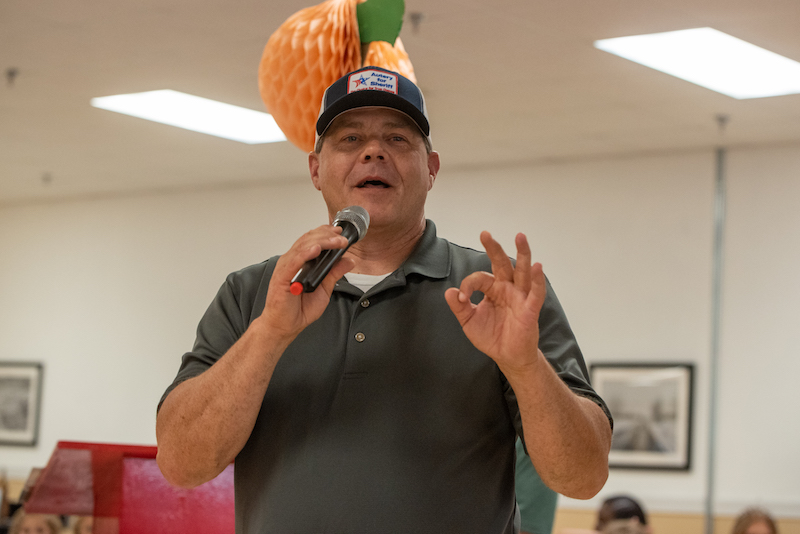 Robbie Autery speaks during his campaign for sheriff. Autery has resigned as Maplesville Police chief to work for the 17th Judicial Drug Task Force. (FILE | ADVERTISER)

Maplesville Police Chief Robbie Autery has announced that he will be leaving the position for another job.

His resignation was officially accepted by the Maplesville Town Council on June 13.

“It has truly been an honor and privilege for me to work for the Town of Maplesville as your police chief,” Autery said in a statement released about his resignation.  “I feel we have accomplished a lot since January 2021 towards moving the police department in a positive and successful direction.”

He will be returning to the 17th Judicial Drug Task Force working to apprehend those bringing illegal drugs into Alabama via the Interstate or highways.

“It’s where my passion is,” Autery said.

He said he was passionate about preventing illegal drugs from negatively impacting families.

Autery stated that the job he had accepted “will benefit me immensely in my career,” but thanked all of those who had worked with him while he was the Maplesville chief.

Autery had run for the position of Chilton County Sheriff, but he lost in the May 24 Republican primary to current Sheriff John Shearon.

Maplesville Town Hall is accepting applications for a new police chief. Autery said he is glad to be a part of the selection committee. He hopes to help the town pick a chief that will continue to move the department forward.

Candidates must be APOST certified. Additional requirements are being determined.

The Maplesville Town Council has set June 28 as the deadline for applications with interviews to be held on June 30.