The American Legion Chilton County Post 216 is gearing up for its second year of competition on the baseball diamond. After a 9-5 season last summer in the first year competing, Post 216 Commander Michael Hall and coach Seth Harris are hoping this season will be just as enjoyable for the players.

“Last year, it just got thrown together,” Harris said. “We wore old jerseys, but it was a lot of fun. It is very laid back, and we really just show up and play.”

Former Post Commander Steve McAnally was an avid baseball fan and wanted to form a team with the post. He sent a letter to Hall that said he needed help fielding a baseball team.

“I was the vice commander at the time, and I was like ‘What baseball team?’” Hall said.

McAnally met with local high school coaches and put him in touch with Harris, who played for a post in Chilton County when he was in eighth grade. The team was formed with 17 players in less than a month. 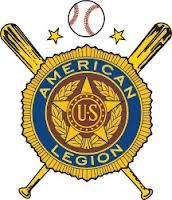 This season, Harris and Hall will focus on more organization with the squad and have already got jerseys and hats for the team as opposed to the high school jerseys the players wore last year.

“It seems like it will be better this year and knowing what to expect,” Harris said. “And also having fun like last year because a lot of players told me that was the most fun they have had playing baseball. I just want them to enjoy it again this year.”

The American Legion team is fielded to give players who are not playing summer travel baseball a chance to stay active and into the game.

“I just want them to have more fun than worry,” Harris said. “High school baseball is stressful and you are playing for something. In this, you are just going out there to play and relax.”

The team practices some but not as much as a high school team does. Any rising junior or younger can play on the team. The youngest player on this year’s 15-player roster will be a freshman next school year. There are no tryouts, and players are encouraged to reach out if they are interested in playing.

“It helped a lot to get a lot more reps in both the infield and outfield,” returning player Bradlee Padgett said. “You have all the schools, and you get coached differently at them, and we help each other when we come together like that. Putting together everything can make you better that way.”

Padgett said he is also looking forward to getting more opportunities at the plate to improve upon his sophomore season with Maplesville.

Newcomer Brayden Mims said he is excited to be able to work on his craft throughout the offseason.

“It is big to keep the rhythm going and keeping up with it (during the summer),” Mims said.

The Post 216 team is a varsity level team and will have the opportunity to compete in the American Legion state tournament from July 16-18 in Madison.

“It is a good program, and it feeds a lot of good ball players who have gone on to play professionally,” Hall said. “It is just one of the programs American Legion does for the youth in the communities.”

The post hopes to generate enough interest to field a junior varsity team in the future.