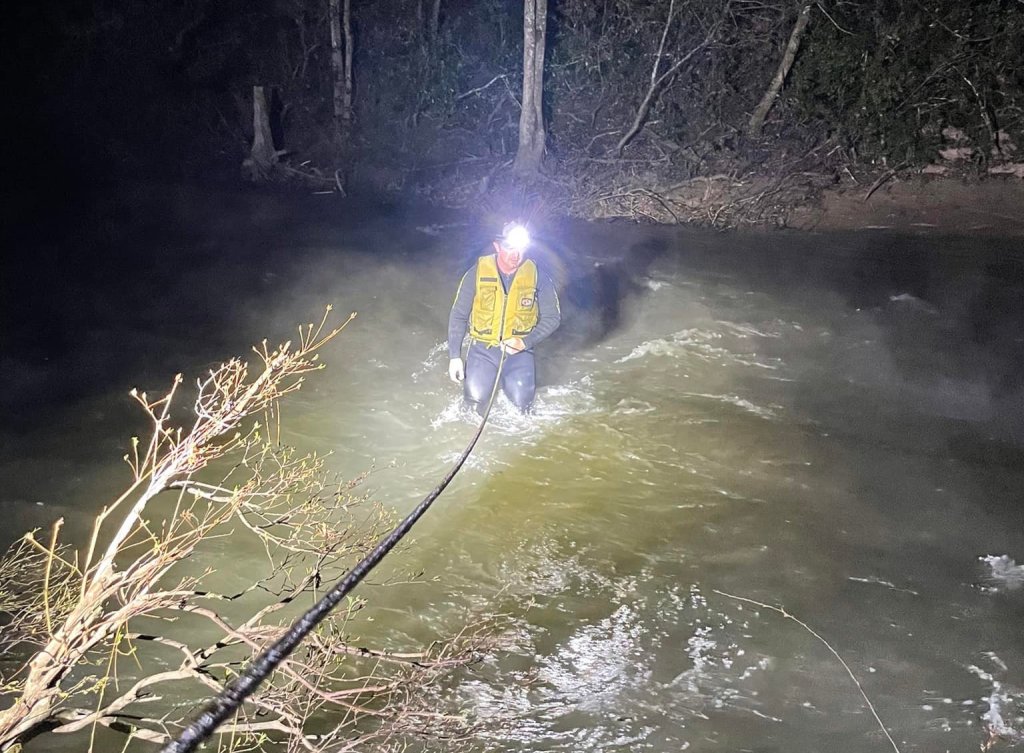 Deputies were dispatched to an Assist Public call near the area of County Road 528, in Verbena at approximately 7:50 p.m.

The caller stated they were kayaking and were unable to make it to their vehicle.

Deputies responded and were able locate the kayakers but were unable to access them due to a large bluff and kayakers being on the opposite side of the creek.

Chilton County EMA was requested for a drone and off-road equipment to assist with gaining access to the kayakers.

EMA Director Derrick Wright lead a team through an abandoned trail to find an access point to the water. Once at the water, a life line was created to allow Director Wright the ability of to move down stream on the adjacent bank to where the kayakers were located.

At the time Director Wright moved down stream, a Reserve Deputy was sent to the peak of the bluff in order to keep a better watch on him. Once at the peak of the bluff, the Reserve discovered a path to access the kayakers and was able to lead them to his location. At that time Director Wright made it safely back up stream on the adjacent to the life line.

No injuries were reported by the kayakers and they were safely transported to their vehicle.