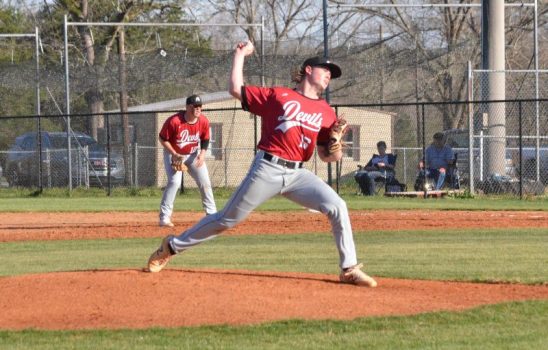 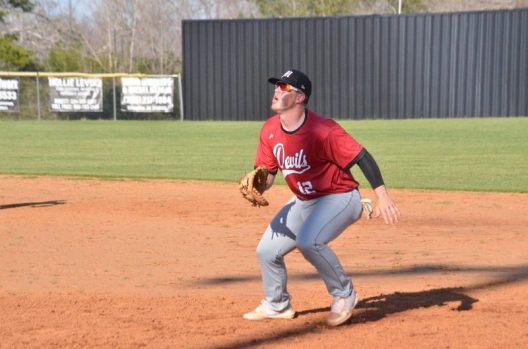 Maplesville High School picked up its first win in the 2022 baseball season dropping the Isabella High School Mustangs 8-6 on the road on March 17.

The Red Devils have been finding things in each game to build on but were not able to put it all together, until this game.

“This was the first game we’ve played almost flawless from start to finish,” Maplesville coach Justin Little said. “Today, we finished the game, I told them if we keep focusing on our goals it will pay off, it paid off today.”

Down 3-2 in the fourth inning, Maplesville’s Brady Harrison hosed a runner at second base to end the inning and followed it up with a leadoff double to start the top of the fifth.

Two Isabella errors in the inning led to two Maplesville runs to give them the lead 4-3.

The Mustangs Tyler Mims tied the game at four after five innings with an RBI single. Mims went 2-for-4 with an RBI.

Colton Conway started for the Mustangs on the mound and went five innings giving up five hits and four runs, two were earned, while striking out seven hitters.

Mims took over pitching duties to start the sixth inning, but could not find the strike zone issuing five walks in the inning and exited after two outs. Braxden Giles took over and gave up another walk to score the fourth Maplesville run of the inning to make it 8-4. All four Red Devils runs in the inning were earned off of walks.

“It was a fun game, neither team quit, but at the end of the day, we just didn’t play good enough to win,” Isabella coach Dustin Green said. “Against teams that do things right and well coached teams, you can’t play sloppy and play like we did at times today, and expect to win the game. But, there is no need to panic.”

Isabella is still looking to solidify a deeper rotation and bullpen, but Green hopes the Mustangs “will continue to play well and put ourselves in positions to win.”

As for Maplesville on the mound, Troy McMillian threw five innings of seven-hit ball giving up four runs and struck out four batters. McMillian added a 1-for-3 day at the plate and an RBI to his totals.

Bradlee Padgett relieved McMillian in the sixth inning and surrendered two RBI singles with two outs before ending the inning with a strikeout.

Padgett took the mound in the bottom of the seventh inning, and he began and ended the inning with a strikeout. Padgett piled up four strikeouts in two innings of work.

“The pitching today was great, both pitchers threw lights out and gave us a chance to win,” Little said. “I’m proud of that.”

Maplesville will kick off region play on March 29 against Verbena at 4 p.m. after their spring break. Isabella will also start region area play in their next game on March 28 at 4 p.m. against Greene County.

“Now we have one win we don’t want to lose again,” Little said. “We should be ready to play because every game now matters, and we have to take care of business one game at a time.”