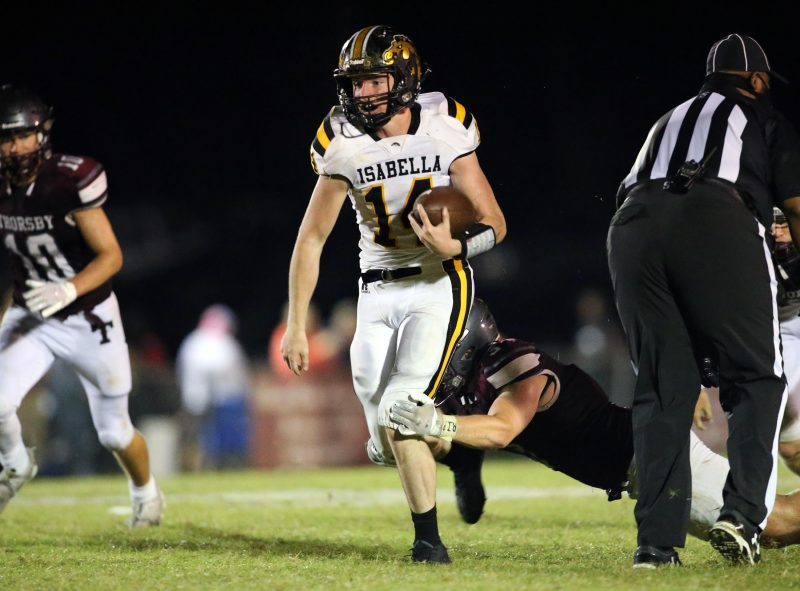 Isabella hosts Luverne this week in a game that will likely determine the 2A Region 3 champion. (FILE)

Only two weeks remain in the 2021 regular season, and this week is the last week of regional games for all of the teams in Chilton County.

With the playoffs approaching, this last slate of regional matchups will be important for teams playing for playoff positioning. In the biggest game of the week, one of Chilton County’s teams will be playing for a regional championship.

Here is a look at this week’s matchups.

Isabella High School hosts Luverne High School this week in a game that will determine the 2A Region 3 champion.

Both teams enter the game a perfect 5-0 in regional play.

Isabella is currently riding a six-game winning streak following a 0-2 start, however, they have not faced a team like Luverne since the early portion of the season.

The Tigers come into the game averaging 46 points per game on offense. On defense, they have shut three teams out and are giving up an average of just over three points per game.

It will be a test for the Mustangs, who defeated Luverne in 2020 by a score of 46-40 in a game that went to overtime.

On offense, Isabella has been averaging 50 points per game during its win streak. During that six-game stretch, the defense has also been outstanding, giving up just over 10 points per game.

Should both teams continue to play as they have all season, this matchup should prove to be just as exciting as it was a season ago.

Thorsby hosts Highland Home this week in another game that has some playoff implications.

Both Thorsby and Highland Home have clinched playoff spots in their regions thanks to 3-2 regional records. However, this game will determine who will be the third seed in the region and who will be fourth.

The Rebels are coming off a loss to Luverne in week nine while Highland Home defeated Francis Marion.

Despite the 3-5 record, Highland Home is a very tough football team. They have faced stiff competition throughout the year, playing teams such as Maplesville, Brantley and Alabama Christian Academy along with its regional schedule.

Thorsby has been equally tough, fighting its way to the playoffs thanks to a punishing run game and strong defense.

While this game will not keep either team from the playoffs, it should be a tough battle between two really good teams.

Maplesville and Autaugaville will kick off week 10 with a Thursday night showdown that will air live on local television. The Red Devils will look to keep their perfect season alive against an Eagles team that is trying to end a two-game losing streak.

Maplesville is coming off a 61-20 victory over in-county foe Verbena, while Autaugaville will try to get the bad taste of a 26-14 loss to Loachapoka out of its mouth.

The Red Devils defense will be a tough test for the Eagles. Maplesville has shut out four of its last six opponents. The Eagles have been strong on offense, averaging over 31 points per game. However, they have struggled in their last two games, scoring just 27 points in the two losses.

Maplesville’s offense on the other hand has been rolling. The unit has scored 135 points in its last three games. The Red Devils will have to be well-disciplined to put up those numbers again, as Autaugaville’s defense is giving up just over 15 points per game.

Chilton County High School visits Pelham this week in its last regional game of the season. The Tigers are riding a three-game losing streak while Pelham has won its last two games.

CCHS comes into the game with a 0-5 regional record while the Panthers are 4-1 in regional play.

Pelham has already locked up a playoff berth and a home playoff game. This game, however, will still be important for the Panthers as they try to stay hot going into the playoffs.

The Tigers will look to get back in the win column before the end of the season. They have had some close calls in recent weeks, losing to Helena 48-40 and to Benjamin Russell a week ago 28-14. Unfortunately, they just have not made enough plays to close victories out.

They will have another chance this week, as they will try to avoid going 0-6 in regional play for a second consecutive year.

Verbena High School closes out the 2021 regular season this week with a trip to Notasulga. The Red Devils will try to break a three-game losing streak against the Blue Devils.

Verbena’s 2021 season has been one of progress and promise. After winning just one game on the field in 2020 (three games were won by forfeit), the Red Devils have won four in their first year under head coach Allen Brothers.

They will try to make it five against a Notasulga team that had been dominant before running into Maplesville, but regardless of the outcome, the 2021 season has been a positive step for Verbena.

Jemison enters week 10 still in search of its first win this season.

This week, the Panthers take on Shelby County High School, a team that currently has a 3-2 regional record and has a lot to play for when it comes to playoff positioning.

Shelby County is coming off a bye week following a tough loss to Marbury in week eight. The Wildcats will be well-rested and hungry to wrap up their spot in the playoffs against Jemison.

To pull off the road upset, the Panthers will need to step up on both sides of the ball. Both the offense and defense have struggled this season as the team has lost by an average margin of just over 30 points per game. They will need a big performance if they hope to end that trend and pull out the victory. 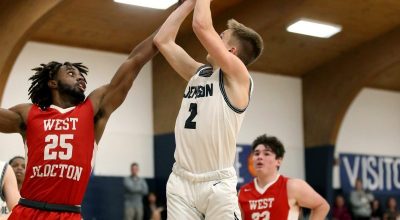 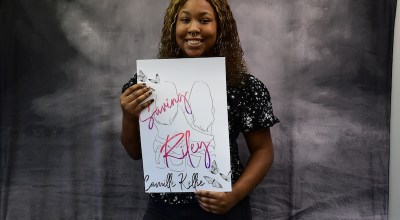