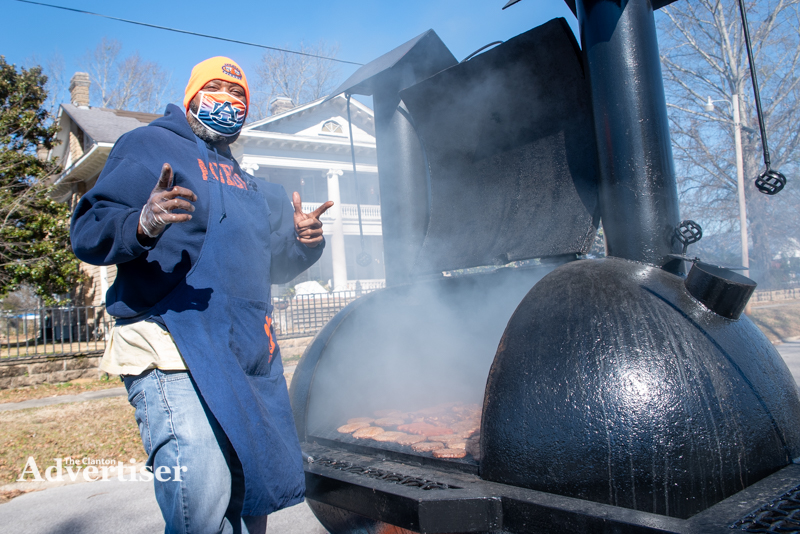 Grilling was part of the festive MLK Day celebration held in Clanton. (Photo by Keith McCoy)

Residents of Chilton County took time to celebrate the life of Martin Luther King Jr. and what he stood for during the annual holiday on Jan. 18.

The festivities included a parade along the streets of downtown Clanton and a family basketball event at the YMCA of Chilton County.

Several participated in the parade, while others watched from the side of the road or got out the grill and began preparing lunch on a beautiful January day.

“The goal with the MLK Unity Day Parade is strengthening our community as a family,” said Margaret Cindy Hawkins, with West End Kids First Community Development Center. “It’s all about collaboration, teamwork and thinking in a positive direction.”

Hawkins helped organize the events after there were questions of whether or not a Martin Luther King Jr. Day parade would even be held this year due to the pandemic.

“I could not have done this event by myself, it takes a village,” Hawkins said. “It takes people wanting to live better and willing to help people make a difference in our community. I wanted to thank my West End family and friends who helped make this day happen.”

The day began at the YMCA with a morning of basketball fun for kids and adults alike, and that led into the parade and a car and bike show where prizes were handed out.

To properly celebrate the anniversary of Martin Luther King Jr.’s birthday, those in attendance sang “Happy Birthday” during a family prayer balloon release. Live music was played throughout.

“The day is based on unconditional love and having faith,” Hawkins said. “We believe that this day reminds us of our past so we can see the great things yet to come.”