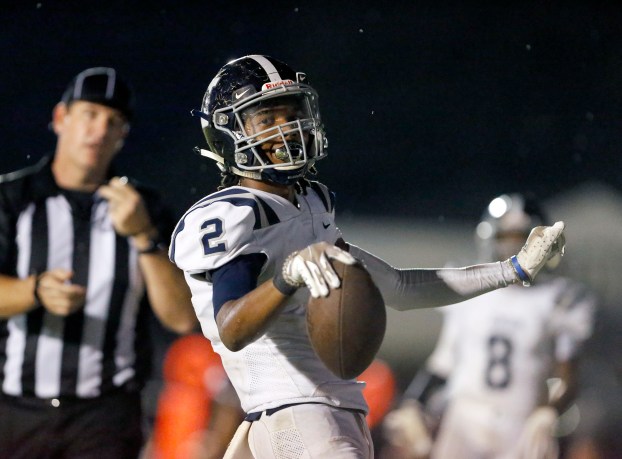 Josh Gilliland and the Jemison Panthers host Maplesville in their home opener on Sept. 24. (Photo by Anthony Richards)

Jemison and Maplesville will go head to head on the football field for the first time since 2013 when the two schools meet on Sept. 24.

That contest was won 49-7 by the Red Devils, but a lot has changed since then.

One of the things that has changed is the teams’ head coaches. Both Blake Bradley (Jemison) and Brad Abbott (Maplesville) are in the second year at the helm of their respective schools.

The game will be the home opener for the Panthers (2-2) who opened the season with four straight road tilts.

However, the Maplesville (4-1) game will begin a stretch of four out of six games played at Panther Stadium to end the regular season.

Both Jemison and Maplesville are fresh off of dominant performances a week ago.

It was an all-out effort on both sides of the ball for the teams last week. Although this contest is a non-region affair, the ability to use the game as a springboard into the second half of the season is clearly on the table.

The game is most likely destined to be a shootout based on the way that Maplesville spreads the ball through the air with seasoned quarterback Jackson Abbott.

Although Jemison’s offense has not put up massive points on a consistent basis, they have shown the ability to get big plays in bunches at times.

Jemison’s issue is finding consistency and that starts with the play of James Wright who continues to appear more comfortable with every game he plays at the quarterback position.

Wright is most dangerous when he is able to make plays escaping the pocket.

He proved that against Sipsey Valley by running for 102 yards and two touchdowns on nine carries.

On the other hand, Abbott is the definition of a pocket passer. Although he also has the ability to avoid pressure, his arm is his weapon of choice when on offense.

The contrasting quarterbacking styles will be a storyline to follow throughout the game, as both defenses will be up against a challenge.

Jemison’s secondary will be tested by Abbott and his ever-explosive receiving targets of Caleb Hobbs and Latrell Wilson, while for Maplesville the pressure will be felt along the front seven as they will battle to keep Wright contained within the pocket and limit his potential for big plays.

The teams have met 36 times prior to Thursday’s game with Maplesville leading the all-time series 26-10.